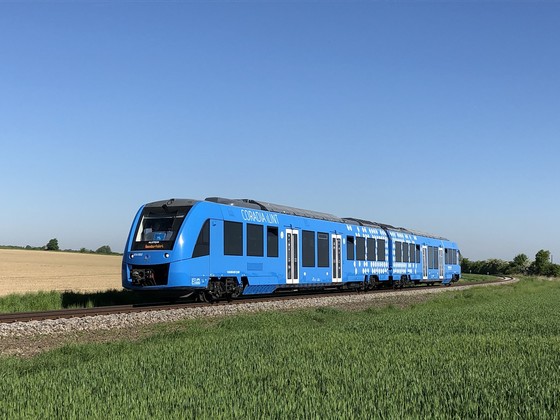 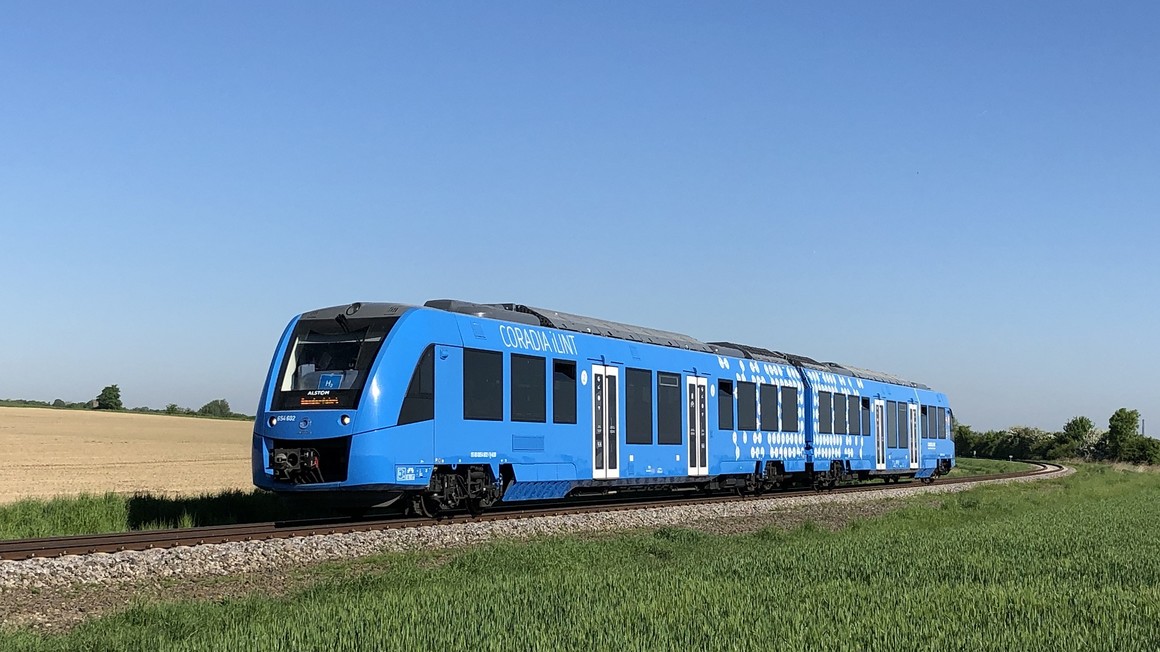 6 March 2020 – Alstom has performed ten days of tests of the Coradia iLint hydrogen fuel cell train on the 65 kilometres of line between Groningen and Leeuwarden in the north of the Netherlands. The tests follow 18 successful months of passenger service on the Buxtehude–Bremervörde–Bremerhaven–Cuxhaven line in Germany, where total of 41 Coradia iLint have already been ordered. The latest tests make the Netherlands the second country in Europe where the train has proven itself a unique emissions-free solution for non-electrified lines.

Last October, Alstom and the Province of Groningen, local operator Arriva, the Dutch railway infrastructure manager ProRail and the energy company Engie signed a pilot project agreement to test the Coradia iLint, the world’s first passenger train powered by hydrogen fuel cells, in the Netherlands. DEKRA, an independent testing inspection and certification company, has been appointed test leader. This series of tests is being performed at night at up to 140 km/h without passengers. For the purpose of the tests, a mobile filling station has been erected by Engie for refuelling the Coradia iLint with completely green – sustainably produced – hydrogen.

“The tests in the Netherlands demonstrate how our hydrogen train is mature in terms of availability and reliability, providing the same performance as traditional regional trains, but with the benefit of low noise and zero emissions. It is also easy to integrate in an existing fleet and is compliant with all safety regulations. The Coradia iLint hydrogen train is a reliable emission-free train ready to help transport us to a carbon-neutral Europe,” said Bernard Belvaux, Managing Director, Alstom Benelux.

The Coradia iLint is the world's first regional passenger train to enter service equipped with fuel cells to convert hydrogen and oxygen into electricity, thus eliminating pollutant emissions related to propulsion. The completely train is quiet, and its only emission is water. Purpose-built for use on non-electrified lines, it provides clean, sustainable traction with no sacrifice in performance. It has a range of approximately 1000 kilometres – the same as equivalent-size diesel multiple units. The train is developed and produced by the Alstom teams in Salzgitter, Germany and Tarbes, France.

The Dutch railway network has approximatively 1,000 kilometres of non-electrified line on which around 100 diesel trains currently operate daily.

On Saturday 7th of March, the station of Groningen will welcome the press and public to discover the Coradia iLint at the platform between 12:00 to 16:00.