Deeply rooted in the Italian railway tradition, Alstom in Italy has been manufacturing trains for 160 years, traction systems for 60 years and signalling equipment for 90 years.

Today, with 8 sites, 31 depots throughout Italy and 2,650 employees, Alstom is a strong local employer recognized as one of the leaders on the Italian market.

Alstom in Italy can boast two centres of excellence: Savigliano (CN) in high-speed trains Pendolino and based on tilting technology and in regional trains – Bologna in railway signalling equipment and traction systems.
Alstom has made considerable investments in its industrial base in Italy. Alstom’s site in Savigliano (CN) is an example of Factory 4.0, with a cutting-edge 3D virtual reality room enabling our engineers to design trains for easier maintainability.

Over the years, Alstom Italia has given rise to various corporate social responsibility initiatives aimed at: 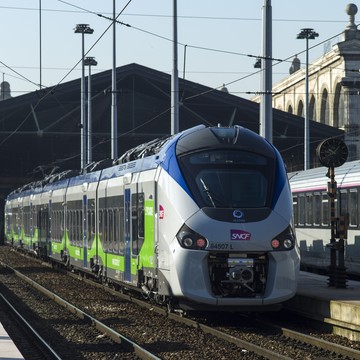 Back to all locations
Get direction

Working at Alstom in Italy

By designing and producing innovative transport solutions, Alstom’s 32,800 employees contribute to improving the sustainable development of infrastructures and services in about 60 countries.

Our success depends on motivated and professional teams, and is also based on the application of a Code of Ethics by all of our employees. Our principal priorities are respect for diversity, equal opportunities, health and safety, the sharing of knowledge, and the development of our human resources.

Are you interested in growing with us in a dynamic, international, highly technological and innovative environment?

Have a look at our vacancies