We are committed to taking up the challenge of sustainable mobility

With rapidly evolving demographics and consequent massive urbanisation, transport systems will have to be redesigned to meet the increasing demand for mobility while preserving the environment. It is our mission to accompany their transition towards sustainable transport systems by designing and delivering innovative and environmentally-friendly solutions.

The booming demand for urban mobility is leading to a significant increase of all transport modes. As a consequence, the risk of a further growing pollution and subsequent increase in environmental and health challenges has never been higher.

Curbing worldwide emissions from transport will be key in reducing our collective environmental footprint.

That's why we are fully committed to reducing the carbon footprint of transport solutions, as well as to adopting climate-resilient and low-carbon strategies that will enable the transition to a truly sustainable global transport system.

Our pledge for carbon neutrality in transport

The implication of the Paris Agreement is clear: to limit the rise in temperature to well below 2°C by the end of the century, carbon neutrality must be achieved by 2050.

Alstom is committed to supporting carbon neutrality in transport and has adopted a “Climate and energy transition strategy” along three lines:

Alstom’s eco-design policy consists of continuously improving the sustainability performance of its solutions by monitoring and reducing their environmental impact throughout their entire lifecycles. The priorities set in Alstom’s eco-design policy focus on : energy efficiency of rail transport systems; use of clean, recyclable, and natural materials; reduction of noise and vibrations; reduction of air emissions; and end-of-life management of products, particularly in maintenance activities.

On the production side, lifecycle assessments help to identify significant environmental aspects and improvement areas and assist in the making of technical choices. On the customer side, the environmental product declarations (EPDs) provide a detailed picture of the impact of various Alstom solutions. 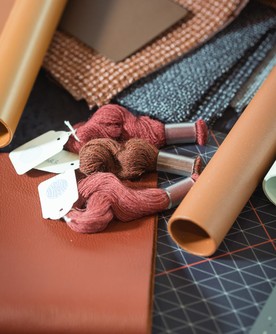 Eco-design: a pathway towards sustainable mobility

Alstom’s state-of-the-art light rail vehicle (LRV), the Citadis X05, is being pioneered as a public transport solution in Sydney, Australia. Its impact on the environment will be minimised through increased energy efficiency achieved by the use of electrical braking, permanent magnet motors, LED lights, sensor-based air-conditioning and the use of water-based paints and non-hazardous materials for construction. The energy requirements have been reduced by more than 15% and each vehicle is 99% recyclable at the end of its lifespan (30 years).

25%
Alstom’s objective to reduce the energy consumption of its solutions by 25% by 2025 (compared to 2014). As of March 2020, it has achieved a reduction of 20%
25%
of the solutions in Alstom’s portfolio are classified as eco-designed
100%
our target for newly-developed solutions eco-designed by 2025

A complete portfolio of sustainable solutions

In line with its commitment to facilitate a global transition to a low-carbon transport system, Alstom has pioneered several sustainable mobility solutions.

Our zero-emission, hydrogen fuel cell powered train - the Coradia iLint - is the very first of its kind. Emitting only steam and water condensate, it offers an alternative to diesel trains.

Our 100%-electric new mobility solution, Aptis has been designed from the start for electric mobility and to ensure a clean and efficient transport system for cities. Aptis offers a premium passenger experience while allowing a perfect integration in the urban environment.

Mastria is a multimodal traffic orchestrator designed to meet the current and future needs of smart cities. It makes use of advanced data analytics and algorithms to coordinate all types of public transport, from rail to road (metro, train, tramway, suburban, bus). It also manages traffic incidents and provides information passengers in real-time.

Hesop, our advanced reversible power-supply substation, allows the recovery of over 99% of the available energy during braking and re-injects into the electricity network, thus reducing both CO2 emissions and costs.

Our signalling solutions allow for lower energy costs and a reduction of consumption of up to 30%. Through newly built solutions or the upgrade of existing solutions in place, we can help ease city congestion and make collective transportation even more attractive. 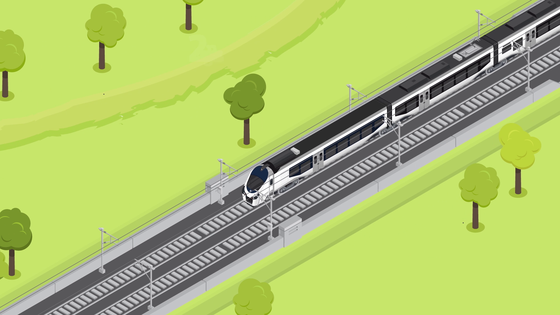 In February 2020, we have received an order for eleven battery powered regional trains for the Zweckverband Verkehrsverbund Mittelsachsen (VMS) in Germany. These were the first battery trains to be ordered from Alstom. Offering both hydrogen and battery is an important milestone for the Alstom, as it further proves our central role on the emission-free mobility market.

We've tailored the Coradia range to operate with all available emission-free power systems, from electric to battery-electric and hydrogen fuel cells.

Our commitment to fighting climate change extends beyond the sphere of its own solutions. Alstom has teamed up with a number of leading bodies working to promote corporate involvement in overall sustainable development.

Alstom has signed the Sustainable Development Charter drawn up by the International Association of Public Transport (UITP).

In 2014, Alstom confirmed its support to the International Union of Railways (UIC) Low Carbon Rail Transport Challenge, “a commitment to  deliver  railway  solutions  which  are  more  energy  efficient  and attractive  such  as  high  performance  electrical,  diesel  and  hybrid trains, smart railway systems and modernisation services”.

As a member of the Paris Process on Mobility and Climate (PPMC) and an active participant in the UN Climate Change Conference , Alstom is a key contributor to various international initiatives that aim to combat climate change in transport and reach the +2°C target set by the Paris Climate Agreement. The Group supported UNFCCC forums (United Nations Framework Convention on Climate Change), by participating in COP 25, which was held in Spain in December 2019, to show how its technologies support the transition towards a low carbon emissions society.

It is a key member of the SLoCaT Partnership on Sustainable Transport - a multi-stakeholder partnership of over 90 organizations - which highlights the importance of low carbon transport in climate negotiations at the regional, national and transnational levels.

Finally, Alstom is a proud founding member of the Transport Decarbonisation Alliance (TDA). Officially launched in May 2018, the TDA is a coalition of companies, cities and countries aiming to catalyse the accelerated decarbonisation of the transport sector.

“We need partnerships […] to allow this decarbonised hydrogen to emerge. As part of a broader energy policy, we know that hydrogen can play a key role in clean energy storage.”

Henri Poupart-Lafarge
Chairman and CEO, at the One Planet Summit, Paris, December 2017

Alstom’s participation to the One Planet Summit in Paris in December 2017, outlined the company’s long-term strategy regarding transport decarbonisation, and emphasised the essential role of hydrogen in clean energy storage.

Alstom is a highly active member of the Hydrogen Council, which was launched at the World Economic Forum 2017 in Davos and aims to accelerate investment in the development and commercialization of the hydrogen and fuel cell sectors. As part of its “sustainable pathway for the global energy transition”, the Council has established that 10% of trains sold for non-electrified railways could be powered by hydrogen by 2030.

In 2017, Alstom joined the Corporate Partnership Board (CPB) of the International Transport Forum (ITF).  The ITF is an intergovernmental organisation with 60 member countries that facilitates global dialogue for better transport. The CPB is the ITFs platform for engaging with the private sector and enrich global transport policy discussion with a business perspective. By joining the ITF, Alstom actively participates in policy-related projects on transport infrastructure and services and the decarbonisation of transport.

We are also teaming up with leading research organisations to share scientific knowledge and research initiatives. This is another vivid illustration of Alstom’s contribution to combating climate change and facilitating the shift to sustainable mobility.

Our monetary contributions to international and French trade-associations amount to 1,281,662 € for the fiscal year 2019/20. Contributions to political parties and campaigns are forbidden by the Group E&C instructions. 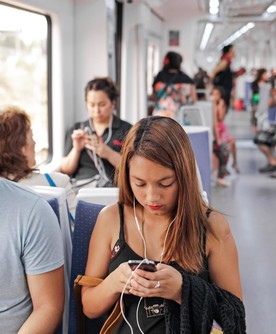 The UK’s New Green Age: a step change in transport

Decarbonisation calls for a £10bn investment programme in UK rail and mass transit systems, after research revealed that the UK has opportunities to improve infrastructure, learning lessons from international examples. As well as the economic benefits, the report reveals the true scale of environmental advancements that these schemes bring, including tackling carbon emissions, cleaning air and supporting modal shift.

To support green transport options the report also calls for rolling out fleets of clean, zero emission hydrogen trains to replace polluting diesels and investment to speed up electrification projects and support initiatives such as Northern Powerhouse Rail and Midlands Engine Rail. These will all serve the multiple purposes of benefiting the economy, jobs, and our environment.