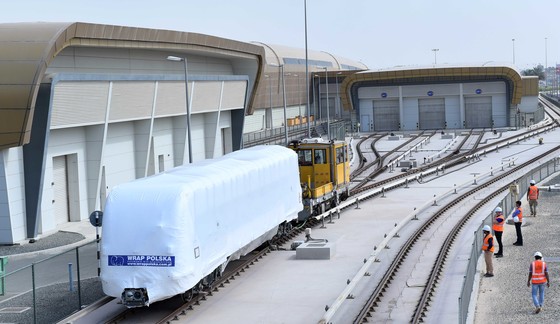 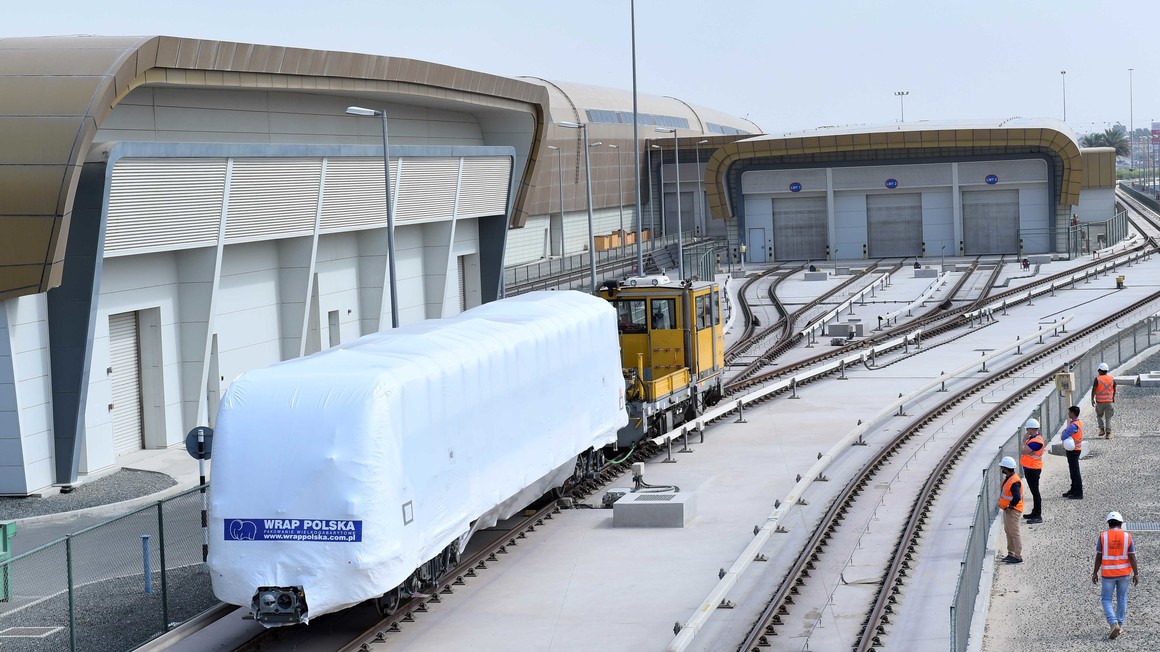 12 November 2018 – Alstom, leader of the ExpoLink consortium[1], has delivered to the Roads and Transport Authority of Dubai (RTA) the first of the 50 Metropolis trainsets that will run on the city’s Red and the Green lines. The train, produced at Alstom’s site in Katowice in Poland, arrived in Dubai after being shipped from Bremerhaven Port in Germany. Alstom will conduct initial static and dynamic tests in the depot over the next few months.

In 2016, the Alstom-led ExpoLink consortium, also composed of ACCIONA and Gulermak, has signed a contract with RTA to design and build the extension of Dubai’s Red metro line and upgrade the existing line. The project, also known as Route 2020, is worth a total of €2.6 billion, and is expected to start commercial service in 2020, in time for the World Expo.

“We are extremely proud to hand over, on time, the first Metropolis trainset to RTA. This is a significant milestone in a prestigious project that will provide Dubai residents and visitors to with a reliable, comfortable and environmentally-friendly metro system ahead of the World Expo. Alstom is committed to being a close, long-term partner of the UAE, addressing its mobility needs and supporting it in its upcoming transport projects,” declared Didier Pfleger, Alstom Senior Vice President for Middle East & Africa.

The Metropolis trainsets for Dubai are 85,5 meters long and composed of five cars each. They will be able to carry up to 700 passengers[2] each. The train offers an excellent level of passenger experience, thanks to wide gangways, large doors and windows, three specific areas for Silver, Family and Gold Classes. Eco-friendly, the train is equipped with a full electrical braking system, LED lighting and other innovations to reduce energy consumption.

More than 5,500 Metropolis cars have been sold to 25 cities, including Riyadh, Panama, Singapore, Sydney, Sao Paulo, Shanghai, Barcelona, Amsterdam, Chennai and others.

[1] The Alstom-led consortium Expolink, also composed of ACCIONA and Gulermak, The total value of the project, called Route 2020, is €2.6 billion. Alstom’s share represents half[1] and the civil works, led by ACCIONA including Gulermark, represent the other half.