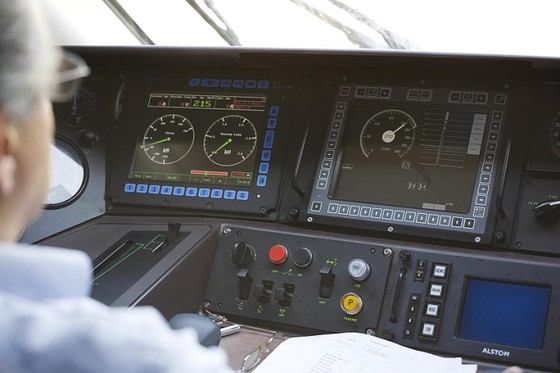 Alstom has been awarded a contract by Bane NOR, the Norwegian railway authority, to equip the entire Norwegian railway fleet with ERTMS on-board train control solution and to maintain the system for up to 25 years. The installation of the equipment aboard the rolling stock will be completed by 2026.

As part of the countrys national ERTMS (European Rail Traffic Management System) roll-out, the new on-board system will contribute to making the Norwegian railway network more efficient and reliable, reducing delays for passengers and freight services, while guaranteeing the highest levels of safety.

The awarded contract consists of frame contracts for 14 different railway vehicle owners, negotiated by Bane NOR on behalf of the participating companies, to cover the serial installation of the on-board solution on 467 trains of 55 different types.

"We are very pleased to have been awarded this contract. Alstom will supply a reliable and durable on-board signalling system, providing Norway with a punctual, safe, modern and larger capacity rail system. The proposed solution will capture the benefits of the Norwegian government's investment programme for passengers, local stakeholders and the diverse communities the railway serves," said Rob Whyte, Managing Director of Alstom in the Nordics.

Awarding the contracts for on-board equipment on the trains is a significant and important step forward in the digitalization of Norwegian railways. We strongly believe in Alstom's ability to develop good solutions together with us for the benefit of the railways, the train companies and the passengers, said Sverre Kjenne Executive Vice President Digitalization and Technology at Bane NOR.

The solution offered is based on Alstoms Atlas range of ERTMS solutions and features a dual system enabling the trains to run on legacy lines equipped with ATC-2 system, whilst being also able to run on lines newly equipped with the ERTMS Level 2 system. The design and software minimise the equipment in the dual system by sharing some on-board components, namely the balise antenna and the computer. Serial train fittings are due to start in 2021, and the first trains are planned to start operation on Norwegian lines in 2022. The entire Norwegian fleet is to be equipped before September 2026.

Design will be led by Alstoms ERTMS centre of excellence in Charleroi, Belgium, in close collaboration with the project office in Oslo, Norway, and the hardware development centre in Villeurbanne, France.

Alstoms Atlas is the worldwide number one in on-board ERTMS equipment, representing 70% of the on-board systems in service in ERTMS Level 2. Today, across 20 countries, trains under Atlas supervision have covered over 150 million kilometres, including Deutsche Bahns ICE3 fleet recently equipped in Germany.