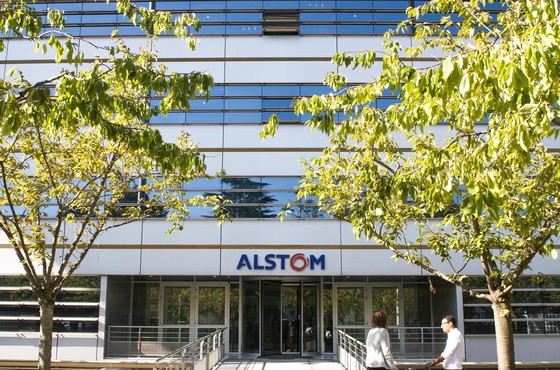 At €35.5 billion on 30 June 2018 and including around 30% of Services, the current backlog provides strong visibility on future sales.

“Alstom is starting the financial year with sound commercial momentum and a strong sales level. In particular, we are proud to have won the driverless light metro system for Montreal, one of the major urban system projects this year. The sales growth was mainly driven by remarkable progress made within Middle East system projects. Consequently, we confirm our outlook. Meanwhile, we are making good progress on the combination with Siemens Mobility. Two days ago, Alstom shareholders approved the transaction with a very large majority,” said Henri Poupart-Lafarge, Alstom Chairman and Chief Executive Officer.Geographic and product breakdowns of reported orders and sales are provided in Appendix 1. All figures mentioned in this release are unaudited.

During the first quarter of 2018/19, Alstom recorded €2,641 million of orders, including a driverless light metro system for Montreal, additional Citadis Dualis tram-trains in France, a long-term rolling stock and signalling maintenance contract for Sydney metro, a national on-board train control system in Norway and Citadis trams for Frankfurt.

Sales, at €2,017 million, were up 14% (17% organically) in the first quarter 2018/19, compared to the same period last year. Sales were mainly fuelled by system projects in the Middle East, PRASA project in South Africa and regional trains deliveries in Italy.

Alstom, previously owning 33% of TMH, reinforced its investment in Russia by reaching a 20% stake in the combined entity that TMH created with Locotech, another Russian company operating in the services activity. The deal represented an investment of €115 million and was completed on 29 June 2018.

Alstom positioned itself as a leader in the global transition to sustainable mobility. The hydrogen train Coradia iLint won the GreenTec Mobility Award, Alstom launched the Transport Decarbonisation Alliance, and hydrogen claimed its place as one of the most promising drivers of the energy transition – all in a quarter leading up to the world-first homologation of Alstom’s hydrogen passenger train in Germany.

The Alstom outlook is provided at constant perimeter and exchange rates. It is set in accordance with the new IFRS 15 norm, which is the new applicable standard for revenue recognition.

For the fiscal year 2018/19, sales are expected to reach around €8 billion and adjusted EBIT margin should reach up to 7%.

The proposed combination of Alstom with Siemens Mobility, including its rail traction drive business, has reached significant milestones in the past months.

Alstom and Siemens jointly filed the application for merger control clearance with the European Commission on 8 June 2018.

On 13 July, Alstom and Siemens took note of the European Commission’s initiation of a Phase II review of the proposed combination of Siemens’ Mobility business with Alstom. The opening of an in-depth review is common in the case of business combinations of this size and nature and does not therefore prejudge the outcome of the investigation.

On 17 July, Alstom shareholders approved the proposed combination of Alstom with Siemens Mobility.

The transaction is subject to approval by relevant anti-trust authorities and closing is expected in the first half 2019.

A non-recurring item is a “one-off” exceptional item that is not supposed to be reappearing in following years and that is significant.
Adjusted EBIT margin corresponds to Adjusted EBIT in percentage of sales.