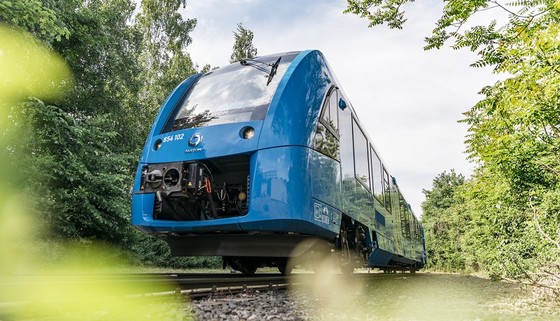 Alstom to test its hydrogen fuel cell train in the Netherlands

Alstom to test its hydrogen fuel cell train in the Netherlands 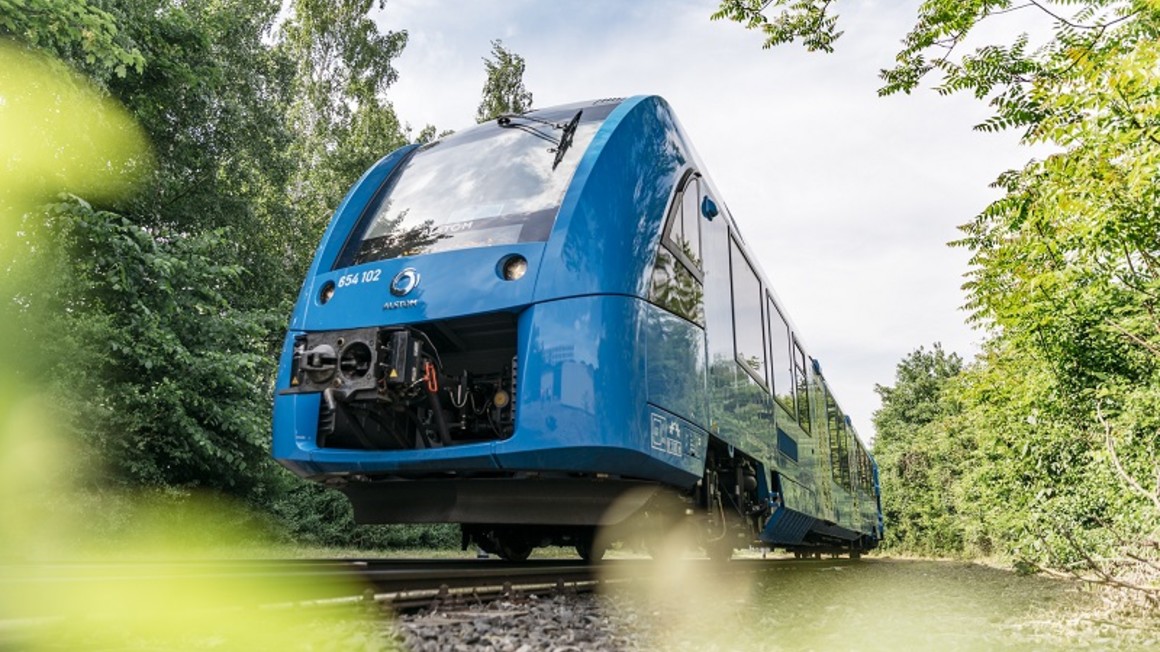 31 October 2019 – Alstom and the Province of Groningen, local operator Arriva, the Dutch railway infrastructure manager ProRail and the energy company Engie have signed plans for a pilot project to test the Coradia iLint, the world’s first passenger train powered by hydrogen fuel cells, for the first time in the Netherlands. The signature took place as part of the “Klimaattop”, or Climate Summit Northern Netherlands, taking place this week in Groningen.

The tests will be carried out on the track between Groningen and Leeuwarden at up to 140 km/h and will last about two weeks. The ambition is to organise the test during the first quarter of 2020. The objective is to demonstrate that hydrogen fuel cell technology is an appropriate way to achieve zero-emission rail traffic on non-electrified lines in the Netherlands where there are currently diesel trains running.

“Alstom is committed to developing and implementing mobility solutions that permit not only the emergence of fully sustainable transport systems but also help drive the broader energy transition. We look forward to demonstrating what has already been proven in Germany – that hydrogen represents a highly suitable way forward in both cases,” said Bernard Belvaux, Managing Director of Alstom Benelux.

The Coradia iLint is the world’s first passenger train powered by a hydrogen fuel cell, which produces electrical power for traction. The train is quiet and emission-free, emitting only water and steam during operation. It represents a clean alternative for railway operators and regional authorities wishing to replace diesel fleets for operation on non-electrified lines and meet ambitious zero-emission objectives.

The world’s first two hydrogen trains have already been in regular passenger service in Lower Saxony in Germany since September 2018. The local transport authority LNVG will operate 14 Coradia iLint trains on that line from 2021. Also in Germany, RMV this ordered 27 Coradia iLint – the largest fleet of hydrogen trains in the world – for operation from 2022.

The Dutch railway network has approximatively 1,000 kilometres of non-electrified line. 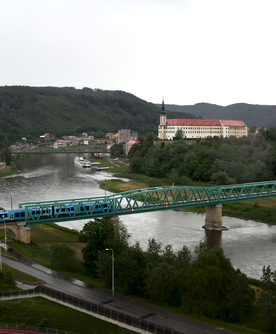