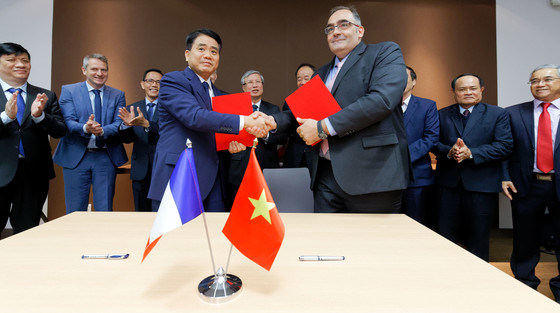 An important milestone in Alstom’s first system contract in Vietnam

An important milestone in Alstom’s first system contract in Vietnam 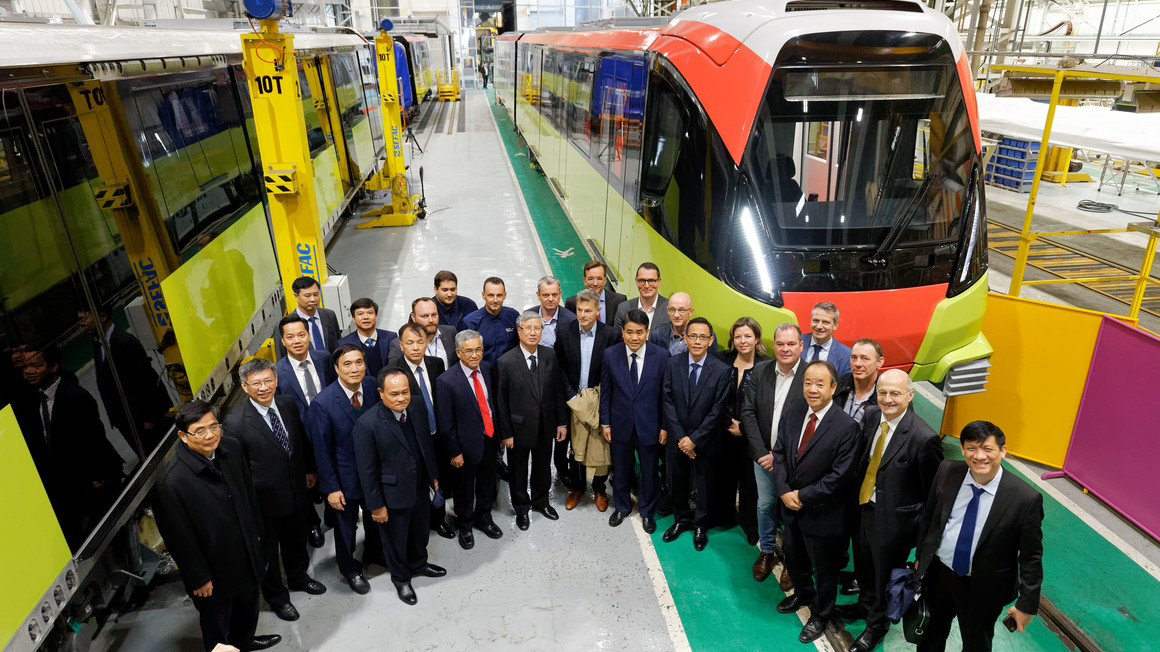 26 October 2019 – Alstom, which is manufacturing 10 trains for Hanoi Metro Line 3, today hosted Deputy General Secretary of the Communist Party of Vietnam, Tran Quoc Vuong, and his delegation to a visit of its train assembly plant in Valenciennes (France). The plant is working to complete the first trainset by the end of October, marking an important milestone in Alstom’s first integrated metro system contract in Vietnam, signed with MRB (Hanoi Metropolitan Railway Management Board) in 2017.

As part of the visit, Alstom’s Managing Director for China and East Asia, Olivier Loison, and Chairman of the Hanoi People’s Committee and Mayor of Hanoi, Nguyen Duc Chung, signed a memorandum of understanding regarding the existing contract of Alstom in Hanoi. The agreement aims to foster further collaborative opportunities between both parties for new systems within the Vietnamese capital.

“We are honoured to have Deputy General Secretary Vuong and his team witness the final assembly of our first train for Hanoi Metro Line 3 here in Valenciennes. This will be an important milestone for the bilateral project as we bring this train to fruition. We look forward to remaining a close and long-term partner of Vietnam, addressing its mobility needs and supporting it in its upcoming transport projects,” said Olivier Loison.

In 2017, Alstom, as leader of a consortium including Colas Rail and Thales, was awarded a contract to supply an integrated metro system for Hanoi Metro Line 3. Alstom’s share covered the supply and integration of the metro system, including the 10 trains and the Urbalis 400 signalling system[1], as well as the delivery of power supply and depot equipment together with a partner. The new line is 12.5 kilometres long with 12 stations. It is expected to carry over 23,900 passengers per hour and per direction at peak capacity.

Alstom puts the passenger at the heart of its train design process. The four-car Metropolis trains for Hanoi Metro Line 3 will feature wide doors to facilitate passenger flow, dedicated space for passengers with reduced mobility, as well as ergonomic and easy-to-grab bars. The trains will be fully electric, with lightweight aluminium car bodies. The train’s exterior and interior colour scheme takes local Vietnamese inspiration and includes motifs such as dragon fruit and the rice paddy field – a design that was well-received by the people at a public consultation held in September 2018.

When completed, the first train will undergo a series of static and dynamic tests at the Valenciennes Railway Testing Centre during the month of November. Tests will be carried out on the trains’ automatic control system and on-board audio-visual equipment, this time on Hanoi Metro Line 3 in the second half of 2020. Entry into service is expected in the first half of 2021.

[1] Alstom’s Communication Based Train Control (CBTC)-solution, which controls the movement of the trains and enables trains to run at higher frequencies and speeds in total safety