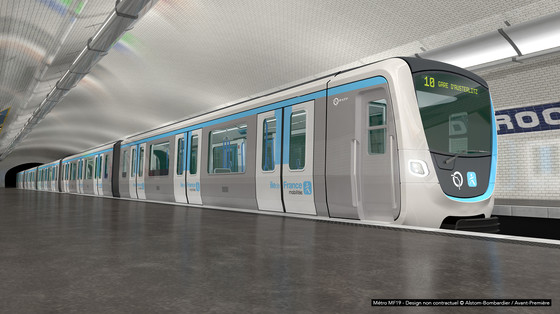 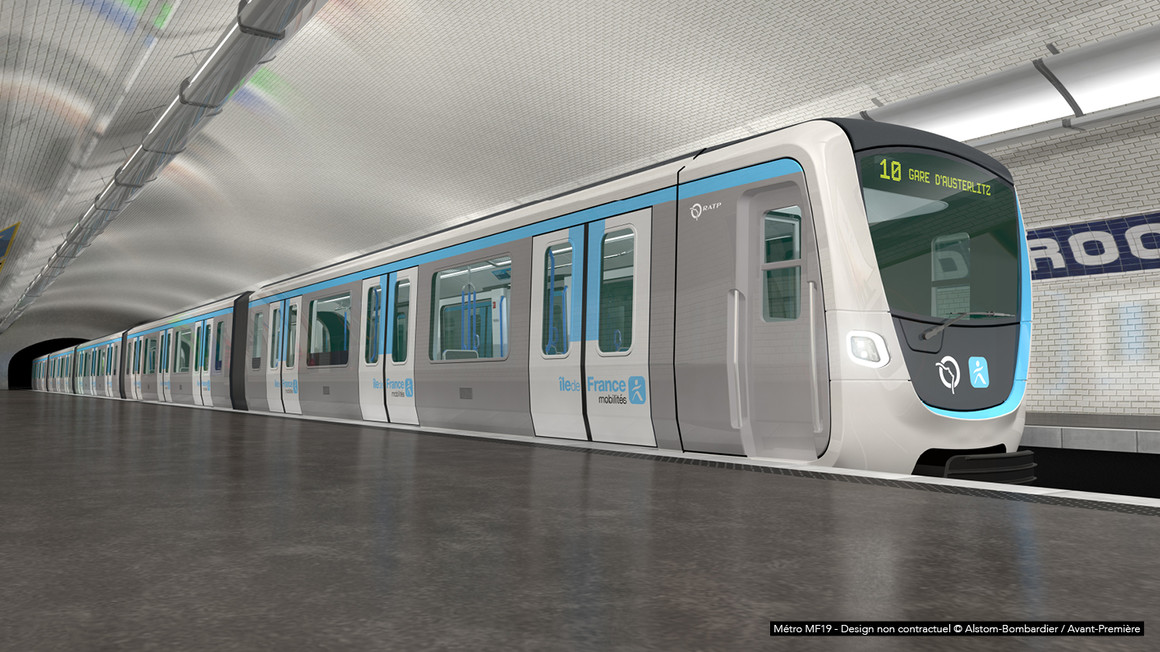 29 November 2019 – The Alstom and Bombardier consortium has been awarded the contract to design and manufacture the new generation of metros for Île-de-France Mobilités and RATP[1]. The confirmed part of the contract covers the delivery of 44 trains for a sum of over 530 million euros. This may be supplemented by an options exercise for a total of up to 410 trains. The respective share for Alstom and Bombardier amounts to approximately 265 million euros, or 50% of the total.

"I am honoured that Île-de-France Mobilités and RATP have chosen to trust us to renew travelling comfort on the historic lines of the Paris metro. Together, we want to turn the region into the world's showcase for the cutting-edge technologies of the French rail sector," says Jean-Baptiste Eyméoud, President of Alstom in France.

"The combined expertise of our two companies makes it possible to offer RATP and Île-de-France Mobilités a metro equipped with the latest on-board technologies that is part of tomorrow's modern mass transportation. Passengers will appreciate the special attention paid to the interior atmosphere, level of comfort and quality of on-board services. In addition to optimal performance and reliability, the MF19's innovation lies in its modularity and scalability adapted to the existing Paris network," says Laurent Bouyer, President of Bombardier Transport France.

Based on Alstom's and Bombardier’s steel-wheeled metro solutions, the new trains will benefit from the latest technological developments to increase comfort, availability, accessibility and passenger information, as well as facilitate maintenance.

The fleet will consist of 30 five-car trains for line 10 (76m long) and 14 four-car trains for lines 7bis and 3bis (60.86m long). These first 44 trains will have a driver's cabin. Each train will be in "boa"[2] configuration with modern passenger information systems, large bay windows and themed, 100% LED lighting. The trains will also offer a pleasant, safe travel experience, with a heating and air conditioning system, USB sockets for charging mobile devices, video protection cameras throughout the entire train, etc.

The environmentally friendly new metros will be eco-designed (20% recycled materials used in their production), making them 98% recoverable at the end of their lifespan. They will consume 20% less energy than the trains currently in service (MF77) thanks in particular to 100% electric braking and 100% LED lighting. These new trains will also make it possible to reduce maintenance costs by 15% compared to the MF01.

2,300 people at Alstom and Bombardier, including 700 engineers, will work on the project as part of the consortium. The two sites of Valenciennes (Alstom) and Crespin (Bombardier) will respectively assemble the complete trains to address the challenge of industrial capacity. Each site will be in charge of studies, design, train assembly, testing/validation and certification.

Alstom's sites will develop and produce the engines (Ornans), traction chains (Tarbes), on-board electronics (Villeurbanne) and IT safety systems (Aix en Provence). Bombardier's site at Crespin will be responsible for designing the mechanical components of the trains, such as body shell design and the design and production of the bogies, as well as the air conditioning system and all components contributing to the design of the interior layout to ensure passenger comfort, such as lighting, seats, configuration of space and panelling equipment.

In total, this project will involve 9,000 jobs in the French rail sector.

[1] The order award is subject to contract and final confirmation.