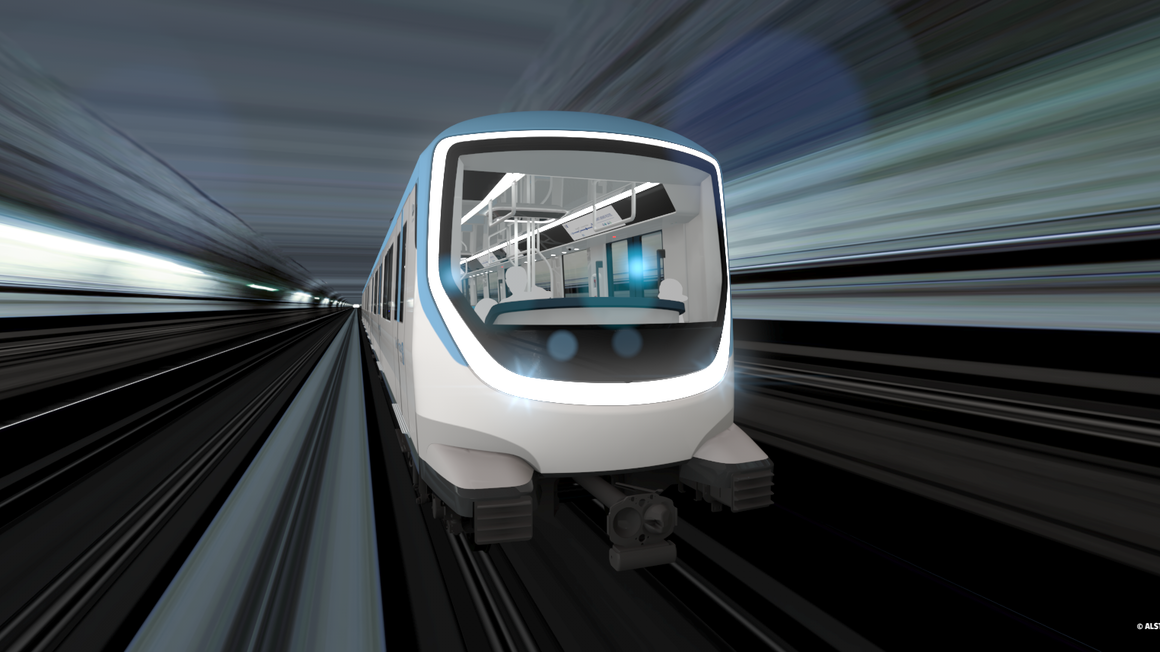 An order worth more than 100 million euros

29 March 2019 – Alstom will supply Île-de-France Mobilités and the Société du Grand Paris with 23 trains consisting of 3 cars each for metro lines 16 and 17 of the Grand Paris Express, for an amount worth around 100 million euros[1]. This exercise of options is part of the contract signed in September 2018: 25 trains consisting of 6 cars each have already been ordered and are currently being developed at Alstom’s site in Valenciennes Petite-Forêt.

These new high-capacity steel-wheeled metros will be able to circulate at speeds of up to 110 km/h in driverless automatic mode. The first metros will leave the factory in 2022, with initial entry into commercial service planned for 2024. Île-de-France Mobilités will be making these trains available to future operators, thus enabling them to exploit new-generation material that benefits from the latest technologies and offers a high level of performance.

"We are very proud of the renewed confidence shown by Île-de-France Mobilités and the Société du Grand Paris. We are also particularly pleased to contribute, via this contract, to the government's determination to double the Paris metro network over the next 15 years," says Jean-Baptiste Eyméoud, President of Alstom France.

Based on the solutions of Alstom's Metropolis range, and further improved by feedback from its customers, the new metros for lines 15, 16 and 17 will guarantee the highest levels of availability, reliability and safety. Each train will be able to transport around 500 passengers in its three-car version (54 metres long) and around 1,000 passengers in its six-car version (108 metres long).

A total of 350 Alstom employees in France will be working on this project to ensure its successful implementation, including 150 experienced engineers. More than 1150 jobs will be secured in France for the French railway sector as a result of the project. Alstom will also reserve significant volumes of work in terms of manpower hours for people experiencing particular social or professional difficulties.

The new material will be designed and manufactured by six Alstom sites in France. The site of Valenciennes Petite-Forêt will be in charge of project management, studies, development, production, assembly and validation of the trains. Five other Alstom sites in France will develop and produce the components: Le Creusot for the bogies, Ornans for the engines, Tarbes for the traction systems, Villeurbanne for the on-board electronics and remote maintenance system, and Saint Ouen for the design.