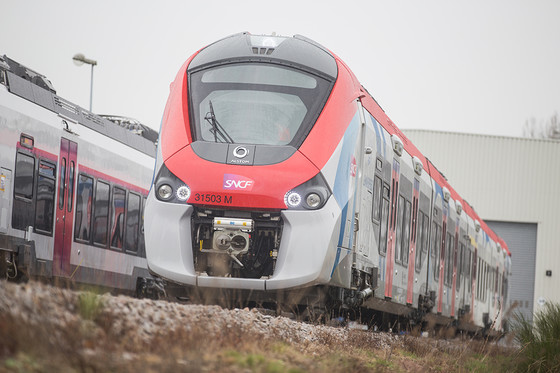 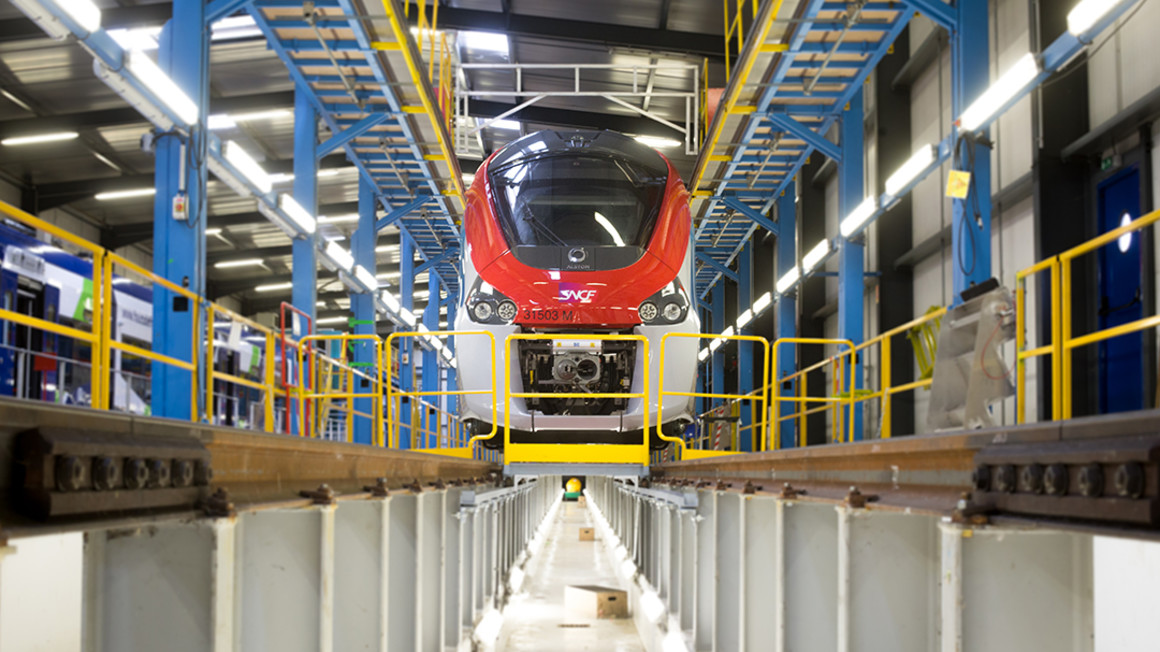 10 April 2019 – Alstom has presented the first finished Léman Express regional train for the trans-border CEVA[1] line at its Reichshoffen site. Present for the event were Martine Guibert, Vice-President of the Auvergne-Rhône-Alpes region and delegate for transport, Jean-Charles Ogé, Strategy and Finance Director of SNCF TER Auvergne-Rhône-Alpes and Chairman of the Board of Directors of Lémanis SA, and Jean-Baptiste Eyméoud, Senior Vice President of Alstom France. In total, 17 Régiolis trains belonging to Alstom's Coradia Polyvalent range have been ordered by SNCF, fully financed by the Auvergne-Rhône-Alpes region. After nearly 24 months of tests in the Czech Republic (rail test ring), France and Switzerland, the first deliveries will begin in the summer of 2019, with entry into commercial service scheduled for mid-December 2019.

The Coradia Polyvalent Léman Express trains belong to Alstom's Coradia range of trains, 312 of which have been sold to nine French regions. The fleet has already travelled more than 50 million kilometres in commercial service.

The trains have been adapted to the requirements of the Franco-Swiss trans-border CEVA line: configured in their suburban version, each 72-metre-long train can transport up to 204 seated passengers at speeds of up to 140 km/h, in accordance with Swiss certification. Designed to ensure cross-border links thanks to ERTMS[2] technology, the trains can run on several types of network voltages[3].

To optimise passenger flows and reduce stopping time in stations, the Coradia Polyvalent Léman Express trains are equipped with low floors, seven doors on each side, all equipped with bridge plates, and a large reception area on the platforms. It is the first train to comply with the PRM-TSI[4] standard. The interior offers enhanced comfort thanks to seats equipped with individual reading lights and electrical sockets, as well as dedicated bicycle and luggage areas. Journey quality is also improved by large windows and reduced noise levels.

"Alstom is particularly proud to present this Coradia Polyvalent train, the first trans-border train from its range. It has mobilised six of Alstom’s 13 sites in France, including the site of Reichshoffen for the design and assembly, as well as Alstom’s experts based in Auvergne-Rhône-Alpes at our Villeurbanne site, for all on-board intelligence as well as the signalling products," said Jean-Baptiste Eyméoud, Senior Vice President of Alstom France.

In total, the design and manufacture of Coradia Polyvalent generates more than 4,000 jobs in France for Alstom and its suppliers.

[4] Technical specifications for interoperability relating to persons with reduced mobility