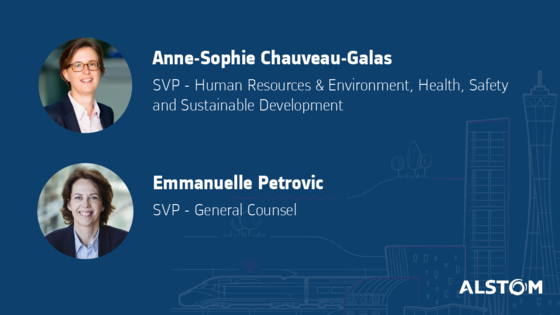 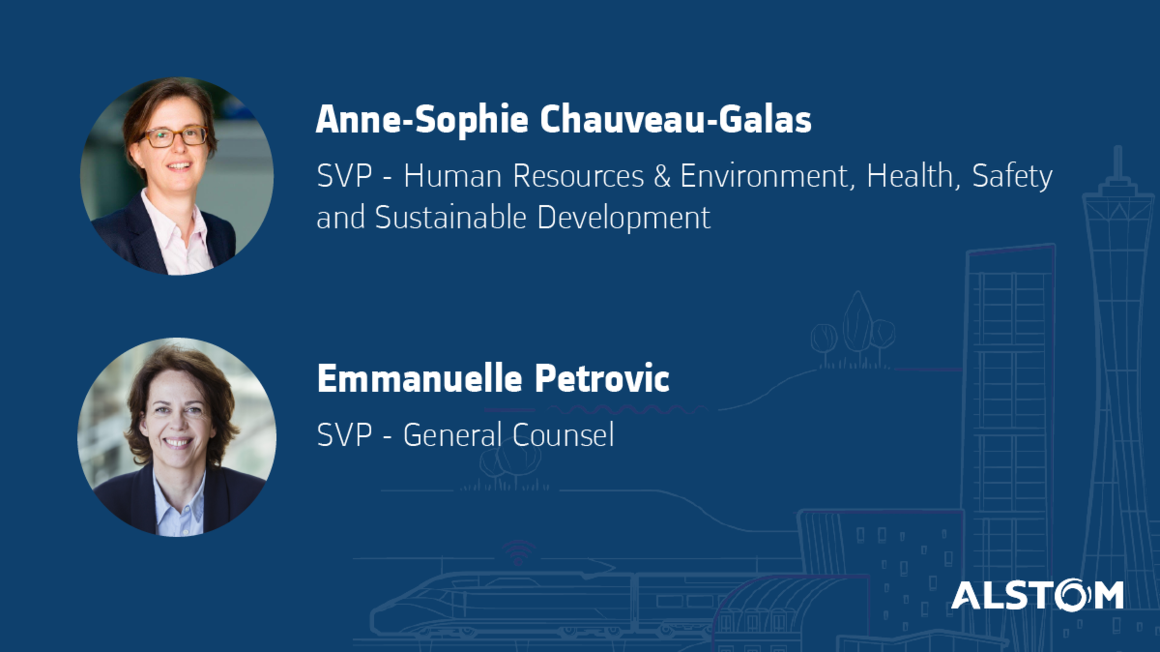 Anne-Sophie Chauveau-Galas has been appointed SVP Human Resources. In this position Anne-Sophie will report to Alstom Chairman & CEO, Henri Poupart-Lafarge, and will be a member of the Alstom Executive Committee. She is currently Vice President Human Resources for the Europe Region, a position she has held since 2015. Prior to that, she held senior international operational HR and Talent Management roles, having begun at Alstom in 2001. She also gained HR experience in other industries at both Alcatel and BSN (Danone). She has a broad experience across HR, having worked on mergers and acquisitions, organisational development, HR transformation, and change management. Anne-Sophie holds a Master’s degree in Management from the EDHEC Business School.

Emmanuelle Petrovic has been appointed SVP Legal and Alstom General Counsel. In this position Emmanuelle will report to Alstom Chairman & CEO, Henri Poupart-Lafarge, and will be a member of the Alstom Executive Committee. She has been in her current position of Vice President Legal, Mergers & Acquisitions, Competition and Litigation, since 2015. Prior to that, she was Senior Regional Counsel for Lafarge in charge of the Europe and Latin America regions, following a five-year period as Senior Counsel for the Alstom Group, beginning in 2006. Previously, she was a lawyer with the Paris law firm Gide Loyrette Nouel. Emmanuelle holds a Master’s degree in Private International Law from the University of Paris II and a Master of Laws, LLM, from William and Mary Law School in the US.