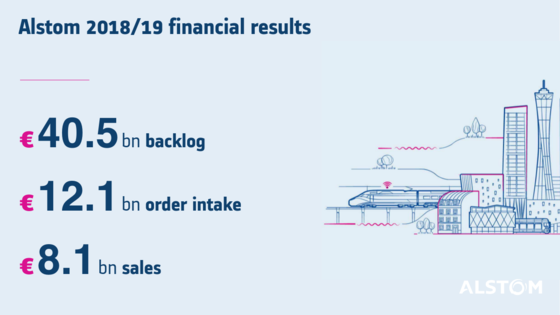 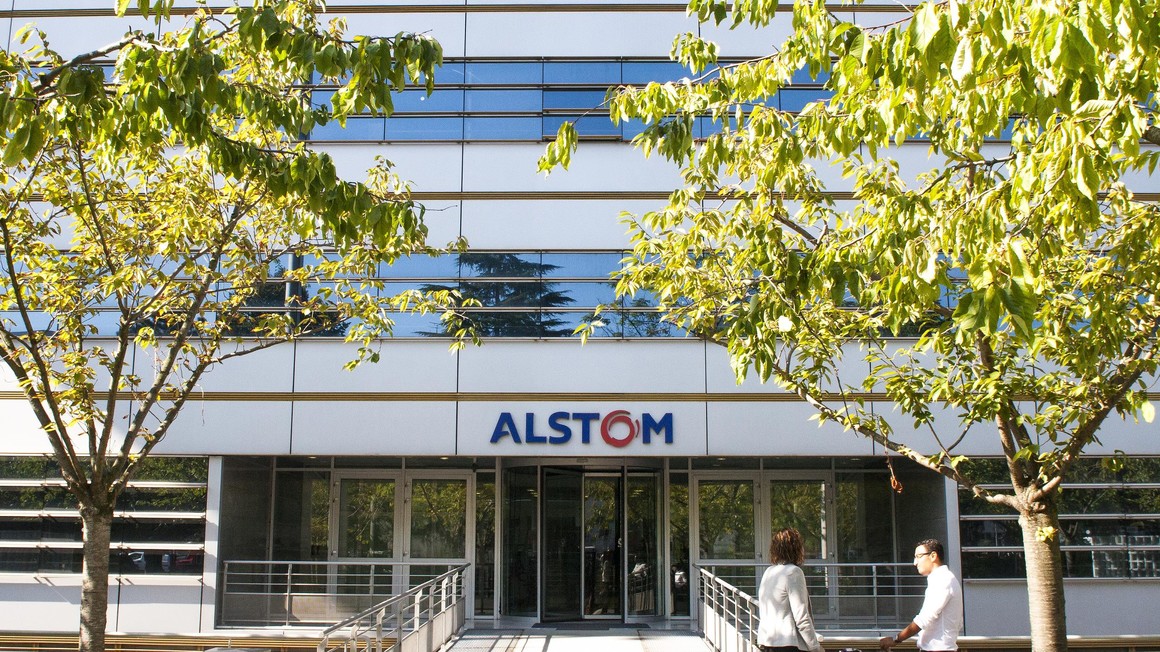 Alstom benefits from a very strong balance sheet. During fiscal year 2018/19, free cash flow amounted to €153 million. Net cash, including the sales of interests in the three Energy Joint Ventures to General Electric, amounted to €2,325 million on 31 March 2019. Equity amounted to €4.2 billion at 31 March 2019.

At its next Shareholders’ Meeting planned on 10 July 2019, Alstom will propose a dividend of €5.50 per share.

" Alstom benefited from an exceptional commercial momentum this year with a record level of order intake at €12 billion, including two major contracts with the renewal of the very high-speed train fleet in France and the metro system project for Montreal. The very strong sales growth and the further margin enhancement confirm the success of our 2020 strategy, which is now completed. " said Henri Poupart-Lafarge, Alstom Chairman and Chief Executive Officer.

Alstom 2020 strategy is based on the five following pillars:

Alstom was awarded projects in all regions, including an order for 100 next-generation very high speed trains in France, a driverless regional express train for Montreal, a metro maintenance contract for Riyadh, metro cars for the Grand Paris Express in France, regional trains in Luxembourg, trains and maintenance in Italy, a major rolling stock contract for Mumbai, an integrated metro system for Taipei, a long-term rolling stock and signalling maintenance contract for Sydney metro, a national on-board train control system in Norway, electric locomotives in Morocco and Citadis trams for Frankfurt. External orders for signalling were high at €1.5 bn representing a book to bill of 1.2. At €40.5 billion on 31 March 2019, current backlog provides strong visibility on future sales.

Signalling, systems and services represented 57% of sales in 2018/19. Systems sales increased by around 16% with the progress of urban systems projects in the Middle East and Panama metro in Latin America. Services sales reached €1.6 billion, with notably the contribution of long-term contracts in the United Kingdom and Italy. Signalling sales amounted to €1.3 billion, with lower activity in the United Kingdom and Brazil. Rolling stock sales reached €3.4 billion with deliveries of regional and high-speed trains in Europe and the ramp-up of the Amtrak project in the USA.

In terms of environmental excellence, energy consumption is to be reduced by 20% for solutions and by 10% for operations by 2020. With the objective of constantly improving safety at work, the Group targets an occupational injury frequency rate[1] of 1 by 2020. Alstom has already reduced its energy consumption by 17% for solutions, by 13% for operation and this year reached its occupational injury frequency rate1 target of 1.1.

Alstom improved its score in the Dow Jones Sustainability World and Europe indexes in 2018 with an overall score of 81 out of 100 in the DJSI ranking, which represents a one-point improvement compared to previous year. Alstom scored A- at CDP’s 2018 climate change questionnaire.

To reflect Alstom’s passenger base, the company has the ambition to increase diversity, aiming for 25% of Management or Professional roles to be occupied by women in 2020. In 2018/19, this indicator reached 21%.

Alstom’s employees around the world all share the same culture, underpinned by strong integrity and ethics values. In June 2017, Alstom obtained ISO 37001 certification for its anti-bribery management system, confirming its commitment to fight corruption. Alstom also announced that the three-year period of self-reporting obligations that the Group agreed to as part of the Plea Agreement of 22 December 2014 has come to a successful completion. This achievement is the result of the company’s efforts during the period and a close cooperation with the US Department of Justice. The company remains committed to the highest level of integrity in its activities and will continue the development of its compliance programme.

During fiscal year 2018/19, the Group free cash flow was positive at €153 million, benefitting from positive EBIT evolution and impacted by phasing of transformation capex, working capital driven by ramp-up of major projects signed in previous years, as well as Siemens/Alstom deal costs impact.

Alstom invested €207 million in capital expenditures in fiscal year 2018/19, compared to €203 million the previous year. As end of March 2019, the cumulated transformation capex stood at €269 million, out of €300 million, with notably the progress in sites’ construction in South Africa and in India.

The Board of Directors decided to propose a dividend of €5.50 per share to the Shareholder’s Meeting that will be held on 10 July 2019, given net cash position at 31 March 2019, positively impacted by the sales of interests of the three Energy Joint Ventures to General Electric for €2,594 million.

The Alstom outlook will be provided during a Capital Markets Day to be hosted in Paris on 24 June 2019.

The management report and the consolidated financial statements, as approved by the Board of Directors, in its meeting held on 6 May 2019, are available on Alstom’s website at www.alstom.com. The accounts have been audited and certified.

In accordance with AFEP-MEDEF recommendations, information related to the remuneration of Alstom‘s Executive Officer is available on Alstom’s website: www.alstom.com, under About us/Corporate Governance/Compensation of Executive Officers.

Order backlog corresponds to the transaction price allocated to the remaining performance obligations, as per IFRS15 standard quantitative and qualitative disclosures requirements.

A reconciliation of free cash ﬂow and net cash provided by operating activities is presented below: