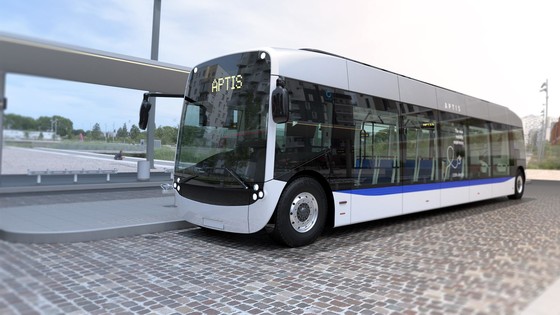 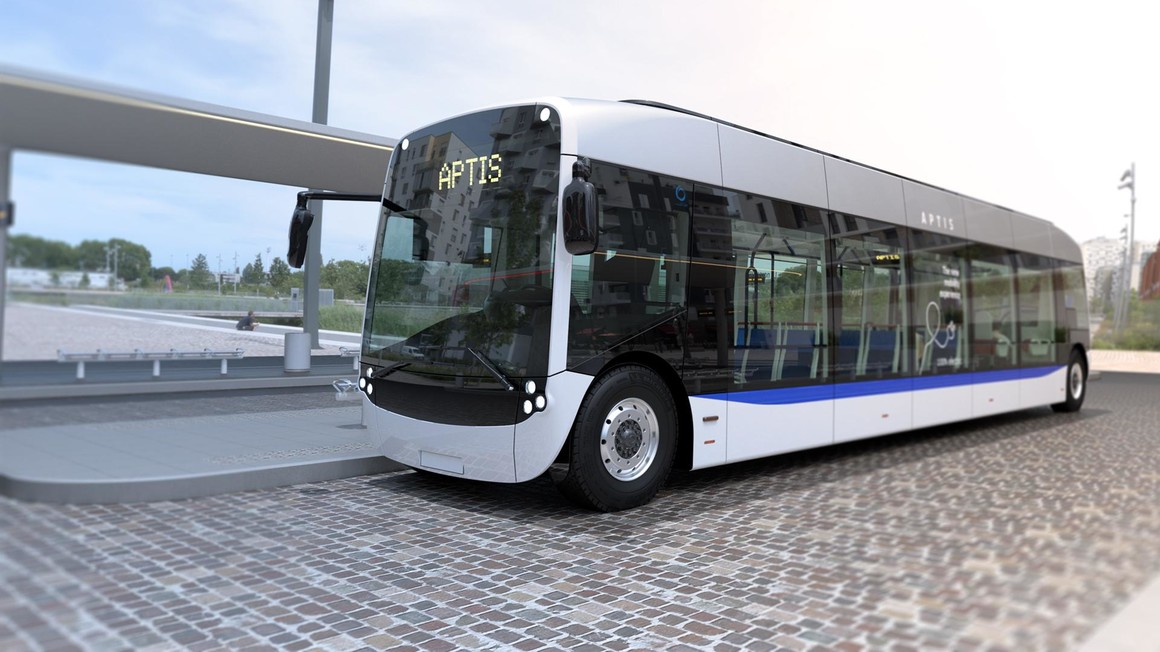 5 June 2019 - Alstom will equip lines 3 and 4 of the Greater Grenoble area with its 100% electric Aptis buses. SEMITAG, the Grenoble public transport operator, has placed an order for 7 Aptis via the CATP, the French central procurement office for public transport. The first deliveries of these 12-metre-long buses equipped with 3 doors are scheduled for the end of 2019. They will be the first electric buses to form part of the public transport network around Grenoble.

"We are honoured by the confidence demonstrated in us once again by CATP and SEMITAG. Grenoble was one of the first to reintroduce the fully accessible tram to France and had already chosen Alstom to provide it with more than 100 tram sets. This order is a new sign of trust and points to the relationship of true partnership and proximity fostered between the teams in Grenoble and Alstom over the years," said Jean-Baptiste Eyméoud, Senior Vice President Alstom in France.

Thanks to its innovative design, Aptis offers an unparalleled passenger experience. Its berthing system for perfect alignment with the pavement, its low, completely flat floor and wide double doors allow easy circulation and convenient boarding for people with reduced mobility and prams. Equipped with large bay windows along its entire length, Aptis offers 25% more windows than a standard bus, and a rear seating area with panoramic views of the city.

The vehicles requested by Grenoble are designed for slow charging, at night in the depot. Aptis is also available for charging at the end of each line whenever necessary, using ground-based charging solutions (SRS) or charging through the top (by pantograph). For this contract, the batteries are leased to allow a lower initial investment for the customer and to guarantee the best technology throughout the lifecycle.

Aptis was designed to have an optimised total cost. This is possible thanks to reduced maintenance and operating costs and a longer service life than that of standard buses. The aim for the local authorities, therefore, is to have a total cost equivalent to that of existing standard diesel buses.

Already chosen by CTS, the Strasbourg transport operator, as well as by RATP and Ile-de-France Mobilités, Aptis is also, as of September 2018, referenced by the CATP in its electric bus offer destined for public purchasing by local authorities. This referencing allows member authorities to order Aptis vehicles directly and simply from the CATP without having to embark on long and costly procedures, as Grenoble has just done.

Since the prototype was presented in March 2017, more than 40,000 kilometres have been covered in real operating conditions by four test vehicles in France[1] and in Europe[2]. These trials have made it possible to test the features of Aptis, inspired by the tram, in a new context, its insertion performance[3], its capacity for autonomy, and its driving assistance system. Aptis won the Innovation Award at the Busworld trade show in 2017. It also received the official certificate Origine France Garantie in January 2019. This certificate guarantees that more than 60% of Aptis' added value is French.

Manufacturing and testing will be carried out at Alstom's two sites in Alsace. The Hangenbieten site is responsible for manufacturing the end modules (driver's cabin and rear seating area); the manufacture of the central passenger module, final assembly and tests will be carried out at the Reichshoffen site. This plan will enable serial production from the third quarter of 2019, drawing on the expertise of the teams and using the production facilities and surfaces available on each site.

Five other Alstom sites in France are involved in the design and manufacture of Aptis: Saint-Ouen for the system integration, Tarbes for the traction, Ornans for the motors, and Villeurbanne for the electronic components of the traction chain. Finally, Alstom’s site in Vitrolles is developing one of the charging solutions (SRS).