Alstom delivered the last Jazz train of the Trenitalia contract

Alstom delivered the last Jazz train of the Trenitalia contract 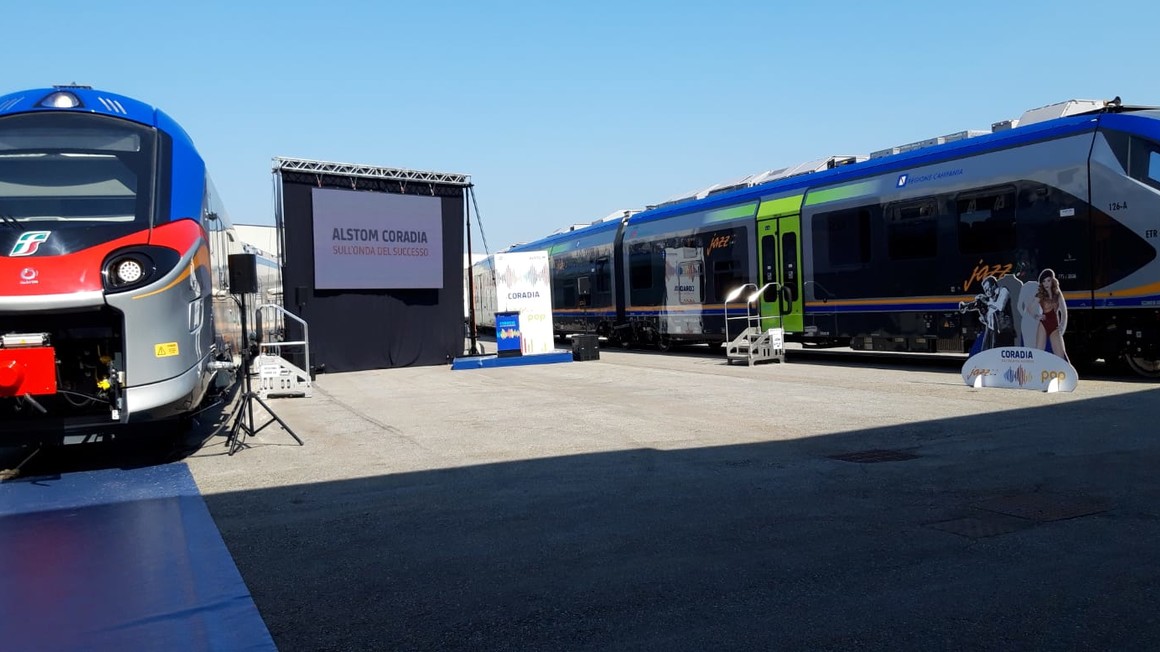 5 July 2019 – Out of Alstom’s factory of in Savigliano (CN) perfectly on time, the last "Jazz" train, the 136th for the Campania Region, will soon be in passenger service. To celebrate the end of the deliveries, Marco della Monica, Director of the Regional Passenger Division of Trenitalia Piemonte, Michele Viale, General Director of Alstom in Italy, Davide Viale, Site Managing Director of Alstom of Savigliano, who were joined by Jazz and Pop teams both of Alstom and Trenitalia.

"Jazz" is a successful project the one of with trains circulating in 11 Italian regions, from Trentino to Sicily, a fleet of 136 Alstom trains of the Coradia family, which will soon be joined by over 150 Coradia Stream "Pop". They are the new single deck regional trains in Alstom’s Coradia family, part of the framework agreement signed in August 2016 with the Italian railway operator. The first three Pop, out of a total of 47 trains destined for Emilia Romagna, have already been in passenger service since 14 June. Deliveries of Pop will continue at a fast pace till 2020.

The "Jazz" and "Pop" trains are part of a plan to renew regional transport and are already revolutionizing commuter travel. The trains, are multiple electric units (EMU), can travel at a maximum speed of 160 km per hour and have an entrance to the carriages "flush" with the pavement, which facilitates the passenger climb. They meet environmental sustainability criteria and 95% Jazz and 97% POP are recyclable, which also guarantees 30% more energy savings than the previous generation. Many services on board: video surveillance system, internal screens visible from every point of the train for passenger’s information, sound system, braille messages, 220 V power sockets for mobile phones and laptops.

"Over the past 15 years, more than 400 regional trains have been designed, produced and put into commercial service by Alstom in Italy, including the 136 Jazz of which today we have completed the production.  To these figures we will gradually add the 150 Pop: the first vehicles already in passenger service in the Emilia Romagna region last June. We are proud to support Trenitalia in the public transport rail revolution and to work for the Italian regions, for passengers, for citizens", Michele Viale, General Manager of Alstom in Italy declared.

The "Jazz" and the "Pop" trains are designed and manufactured by Alstom in Italy. Project development, production and certification are managed by the Alstom site in Savigliano (CN), a center of excellence for regional trains, with the support of Sesto San Giovanni (MI) for traction systems and auxiliary converters, and Bologna for on-board train signaling systems.