New projects include Line 6-Orange of the São Paulo Metro; Line 7 of the Taipei Metro (Taiwan); and Bucharest Metro (Romania)

1 December 2020 - Alstom is celebrating 65 years of activities in Brazil, with a history marked by active participation in the development of the country's infrastructure and numerous contributions to social progress in line with respect for the environment. However, while celebrating the achievements, the company keeps its focus on the future and announces a series of relevant projects in the Brazilian unit and for high impact urban mobility in cities in Brazil and abroad, with production from the plant installed in Taubaté (SP). With this, the company will further expand its market share, which has a historic milestone of more than 4,600 cars produced in factories installed in the national territory since 1955.

New projects include Line 6-Orange of the São Paulo Metro (contract with the Concessionaire Linha Universidade); Line 7 of the Taipei Metro, in Taiwan; and the Bucharest Metro, in Romania.

"Alstom has countless reasons to celebrate its 65 years in Brazil. The company actively participated in the development of the country's metro-railway sector, with a history marked by many innovations for urban mobility in important Brazilian cities. With management based on processes with strict compliance and corporate governance policies, the company's contribution is proven by products and services in the main passenger operators, such as the São Paulo, Rio de Janeiro, Porto Alegre, Fortaleza, Recife and Brasília Metros and Rio de Janeiro's tramway, in addition to also implementing technological solutions for cargo transportation operators", says Alstom's Senior Vice President for Latin America and President of Alstom in Brazil, Michel Boccaccio.

The French multinational has global guidelines and strong local and regional operations in Latin America. Alstom's executive highlights two corporate factors that will have an impact on operations in the country. One of them is the "Alstom in Motion" (AiM) strategic plan, which has the ambition to make the company occupy the global leadership in innovation for sustainable and smart mobility by 2025. The AiM plan focuses on sustainable growth, green and digital innovation, operational efficiency and an agile, inclusive and responsible corporate culture. Another important evolution for Alstom is the expansion of its participation in the world market with the acquisition of Bombardier Transportation, whose process should be concluded in the first quarter of 2021.

Coinciding with the celebration of its 65 years in the country, Alstom announces new projects for the manufacture of trains at its plant in the city of Taubaté (state of São Paulo):

- Line 6-Orange of São Paulo Metro: this is a project with the Concessionaire Linha Universidade (Linha Uni), whose main partner is Acciona Group. The Concessionaire is responsible for the resumption of Line 6 - Orange of the São Paulo Metro. Alstom will supply 22 trains, with six cars each. Deliveries are scheduled to start in the first half of 2024.

- Extension of Phase 2 of Line 7 of the Taipei Metro, in Taiwan: project for the supply of 16 Metropolis trains (four cars) with Urbalis 400 Communication Based Train Control (CBTC) signaling system, Supervisory Control and Data Acquisition (SCADA) system and security doors on platforms. The first phase of the contract was signed in 2018. Altogether, Alstom Brazil will be responsible for the supply, testing and commissioning of 35 trains that will be manufactured at the Taubaté (SP) plant, starting in 2021.

- Metrorex / Bucharest Metro (Romania): Alstom's first rolling stock contract in the country to supply 13 trains (78 cars in total) to service the new M5 line, recently opened. In a second phase, the project can be extended with more 17 trains.

Alstom has actively participated in the development of Brazil's infrastructure, contributing to social progress, always respecting the environment. Its history began in November 1955, when Rio de Janeiro hosted the assembly of the constitution of Mecânica Pesada SA. During this period, the Schneider group, owned by French businessman Charles Schneider, became the main shareholder of the company, resulting in the development of Alstom in Brazil. In the transport sector, to which Alstom has been dedicated exclusively since 2015, it has had a strong presence since the beginning of its operation in the country.

In its trajectory, Alstom started to lead the Brazilian market for equipment for railway transportation and became the protagonist of great moments in the railway sector: the country's first passenger train factory and the largest export agreement in the Brazilian railway sector, a contract signed in July 2002 for the supply of cars for the metros of Santiago, Chile, and New York, in the United States. In 2014, Alstom Brazil participated in the largest project in history for suburban trains in South Africa.

During all these years, Alstom stood out for its pioneering and innovation, having been the first manufacturer of railway signaling in Brazil and the first to bring the 100% catenary-free solution in South America. Alstom's contribution to the rail transport sector is proven by products and services in the main passenger operators in the country, such as the São Paulo (SP), Rio de Janeiro (RJ), Porto Alegre (RS), Fortaleza (CE), Recife (PE) and Brasília (DF) metros and the Rio de Janeiro tramway, a landmark for the city and for the country. 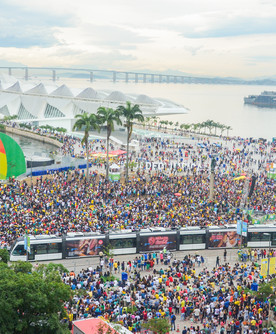