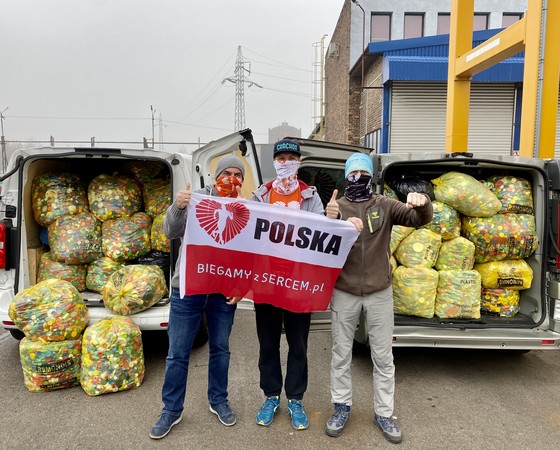 Alstom donated 100 000 PLN for charity this year in Poland

Alstom donated 100 000 PLN for charity this year in Poland

A company campaign involves employees at each level

17 December 2020 – Despite the COVID-19 pandemic, Alstom once again successfully carried out its charity campaign to support those in need – a project that has been engaging company employees for several years now. Thanks to the successful initiative to collect plastic caps and lids, the company will donate 100 000 PLN to the ‘Run with Heart’ Foundation based in Gliwice.

For four years now, Alstom has been working to provide help to the Gliwice-based Foundation which supports sick and disabled children as well as kids living in orphanages. The collaborative project of the company and the Foundation is the annual ‘We exchange kilometres for zloties’ campaign.

Up until now, three events were organised to encourage people to take care of their well-being, combining sports with helping those most in need. The rules are simple – the more kilometres you cover, the more money Alstom will donate to charity. Thanks to the commitment of employees with a big heart, the project’s targets are more ambitious every year. In 2017, the goal was 30 000 kilometres and the same amount of money donated to the Foundation. In 2018, the goal was up to 60 000 kilometres, and in 2019 the participants faced the challenge of doing 100 000 kilometres (running, cycling, rollerblading, nordic walking, etc). Each year Alstom managed to cover the distance, which is how the company ended up donating a total of 190 000 PLN in the last 3 years for treating children and child-care so far.

During this year’s fourth edition of the ‘We exchange kilometres for zloties’ campaign, the participants were again supposed to cover at least 100 000 kilometres and thereby ‘earn’ the same amount of money for the Foundation. The sporting plans were interrupted by the pandemic, but the related restrictions and bans did not stop those willing to help others. The event was re-named into ‘We exchange plastic caps for zloties’ and, instead of kilometres, the participants collected plastic caps and lids through the whole month of November.

‘The pandemic made us change most of our plans, which also affected our campaign, but we did not even consider cancelling it. We have worked out an alternative concept and changed kilometres into collecting plastic caps. In addition to helping the local community, we have promoted a healthy lifestyle and physical activity among our employees. Now, we have focused on pro-environmental activities, and supporting Alstom’s second key initiative in Poland – ‘Plastic Free’ campaign. This is a great opportunity to do something positive in two dimensions at the same time: supporting people in need and caring for the environment,’ said Sławomir Cyza, HR Director for Central and Eastern Europe at Alstom.

The ‘Plastic Free’ campaign, launched in July, is intended to make Alstom employees aware of the fact that both the smallest and largest scale actions can result in a positive impact for the environment. As part of the campaign, the company plans to eliminate 9 tons of plastic in the first year. To this end, it stopped buying and using plastic bottles and cups, replacing them with water dispensers and reusable water bottles, and systematically reduces the amount of foil and film used for packing materials delivered to production halls and offices.

The campaign ‘We exchange plastic caps for zloties’ triggered a fantastic response. Alstom employees and their relatives collected 186,593 plastic caps, more than exceeding their target. Thanks to this, the company donated 100 000 PLN to the Foundation.

‘We are proud of the employees involved in this project. As we can see, small gestures have great power and can finance specific needs for the sick and children living in the orphanage. Our campaign confirms that by supporting charity organisations, we can make a real difference in the world and build a local community together. This is a source of great satisfaction for us,’ said Artur Fryczkowski, CEO and Managing Director of Alstom in Poland and Ukraine.

The money will be donated to the Chorzów Centre of Pediatrics and Oncology, for the treatment of children with cerebral palsy: Julka, Małgosia and Miłosz; for financing summer and winter holidays for kids living in  orphanages; for treating Jaś, for whom we are already collecting caps under the ‘Unscrew for Jaś’ project; and for the treatment of one of Alstom’s employees who is fighting cancer.