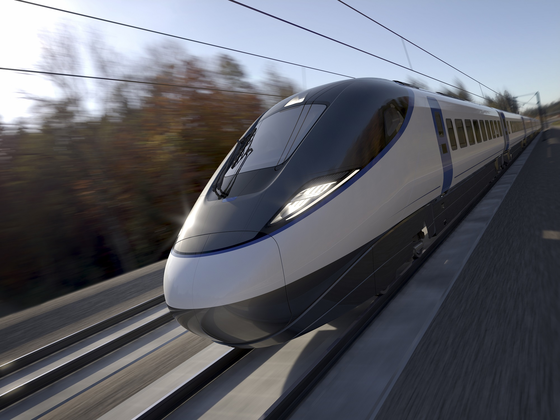 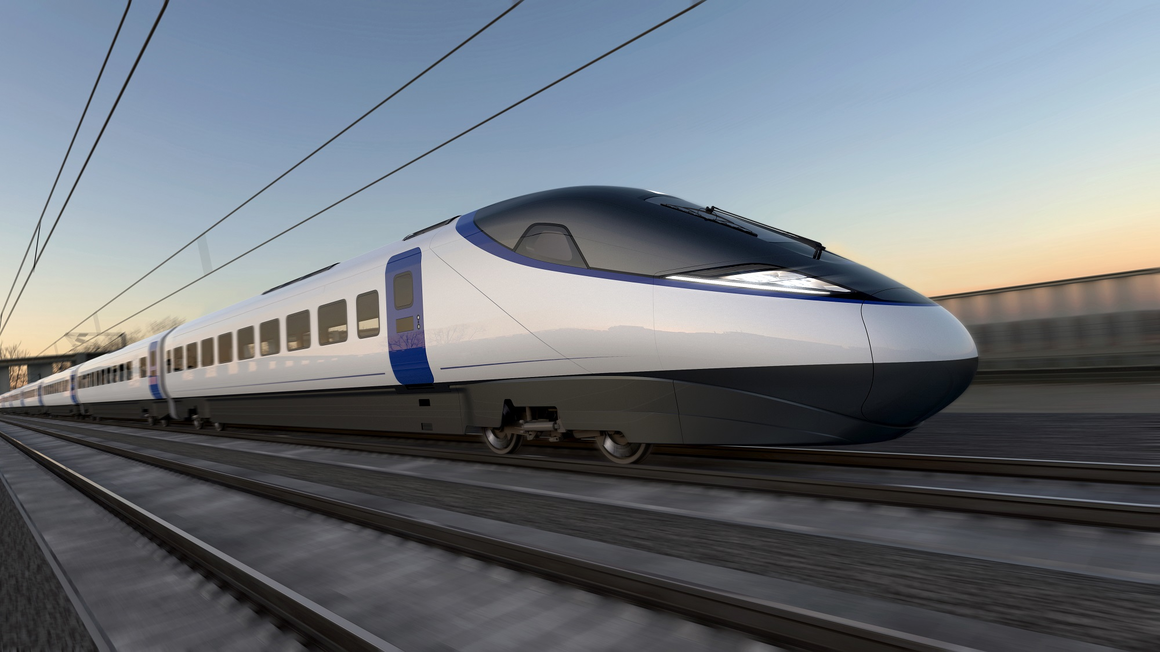 Alstom and Hitachi Rail have today confirmed that the Hitachi-Alstom High Speed (HAH-S) 50/50 joint venture has signed contracts with High Speed Two (HS2) to design, build, and maintain the next generation of very high speed trains for HS2 Phase 1 as part of the £1.97 billion contract, including an initial 12-year train maintenance contract.

The UK’s two leading train manufacturers will deliver Europe’s fastest operational train, capable of operating at maximum speeds of 225mph (360 km/h), significantly reducing journey times for passengers. The fleet will be 100% electric, and be one of the world’s most energy efficient very high speed trains due to the lower train mass per passenger, aerodynamic design, regenerative power and latest energy efficient traction technology.

In a major boost to grow and rebalance the economy, the HAH-S joint venture will manufacture the 54 trains at newly enhanced facilities in County Durham, Derby and Crewe. The award to the British-based firms will protect and create thousands of green jobs and add £157 million GVA to the UK economy for every year of the train building phase.

The new 200m-long, 8-car trains are set to run in Phase 1 of the project between London and Birmingham, and on the existing network, and will dramatically increase capacity and connectivity between towns and cities across the country including Stoke, Crewe, Manchester, Liverpool, Carlisle, Motherwell and Glasgow. They will have a major impact in reducing carbon emissions from transport by encouraging people away from fossil fuelled cars and planes, and onto rail. 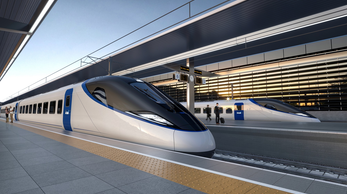 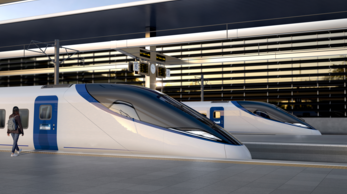 “We are excited to be pioneering the next generation of high speed rail in the UK as part of our joint venture with Alstom. This British-built bullet train will be the fastest in Europe, and I am proud of the role that Hitachi will play in helping to improve mobility in the UK through this project.” 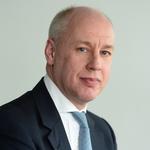 “HS2 is a once-in-a-generation opportunity to transform Britain by building a sustainable transport system fit for the 21st Century. I am delighted that Alstom’s joint venture with Hitachi Rail has been selected to develop, build and maintain in Britain the next generation of high speed trains.” 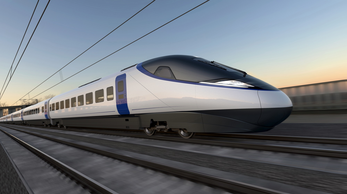 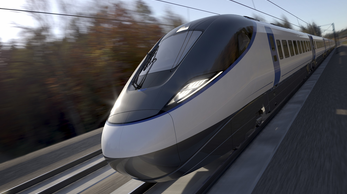 “HS2 is a once-in-a-generation opportunity to transform Britain by building a sustainable transport system fit for the 21st Century. I am delighted that Alstom’s joint venture with Hitachi Rail has been selected to develop, build and maintain in Britain the next generation of high speed trains.”

British high speed trains
Predominantly UK-designed, the trains will be built, tested and maintained in Britain and will be one of the most advanced in Europe, supported by decades of experience in very high speed trains around the world. On the new HS2 network, passengers will be able to benefit from very high reliability levels and the latest passenger innovations.

Passengers will be able to access seamless, high capacity wireless internet, digital seat reservations and richer travel information delivered through multiple channels, with the trains future-proofed to accommodate technological advances. Train designers will work with world renowned inclusive design experts to put empathy at the heart of the design, meeting the needs of passengers of all ages and abilities.

Boosting and rebalancing the economy
The award of Britain’s most important train is a major boost to the British economy. Alstom and Hitachi will build the new fleet at their facilities in Newton Aycliffe, Derby and Crewe, supported by a 9,000 strong British workforce and extensive supply chains.

The HS2 rolling stock contract is expected to create and sustain over 2,500 jobs. 505 people will be directly employed by the two companies in the Midlands and the North in the design and manufacturing phase, including 49 apprentices and graduates working on the prestigious programme. The extensive use of UK supply chain means that a further 2,000 indirect jobs are expected to be created elsewhere in the UK economy.

In addition, the train maintenance phase will create over 100 new jobs at Washwood Heath in Birmingham, The contract will provide a launch pad for new investment in education and learning, adding to the existing partnerships with local schools and the 200 apprentices and graduates already employed by the two joint venture companies. The two companies have committed to £5m in research and development spending with UK universities.

As part of the award, Hitachi and Alstom are making new multi-million-pound investments in advanced welding and bogie manufacturing, which will see a major upskilling of the workforce and an expansion in the sophistication of the UK’s train building capability. Analysis undertaken by Oxford Economics found that HAH-S will deliver £1.1 billion GVA to the UK economy during the manufacturing phase alone.

Hitachi Rail recently invested £8.5m in a bespoke welding and painting facilities at its Newton Aycliffe factory, taking its total investment up to £110m. The site, which opened in 2015 and employs around 700 staff, was a major boost for manufacturing in the region and returned train building to the North East. The new welding facility will carry out vehicle body assembly and fit out, before each one is transported to the East Midlands.

Once in Alstom’s factory in Derby, the largest in the UK with 2,000 staff, the trains will be fitted with all remaining components including interiors, electrics, and bogies. The bogies will be made by Alstom at their Crewe facility, first time in 17 years that these high value items have been manufactured in the UK, as part of a new investment by the firm. The welding facility in the North East and bogie production in Crewe represent important upskilling and lasting legacies for the UK.

A dedicated maintenance team will be recruited to deliver a world class service from the new Washwood Heath facility being constructed by HS2 in Birmingham. Alstom’s service centre in Crewe will also become a strategic base for heavy maintenance activity on a significant proportion of the train’s key components and systems. These long-term maintenance operations will deliver opportunities for both regions in terms of job creation and business development for the wider supply chain, including small and medium enterprises. HAH-S will now work with HS2 and with HS2 operator West Coast Partnership to refine the final design of the train, before manufacturing begins in 2025.

Cutting carbon across Britain
Being 100% electric and having the ability to transport over 500 people per journey, ensures the new HS2 fleet is a lower carbon alternative than making the same journey by road or air. This environmental benefit will increase over time as the electricity it draws from the grid becomes increasingly decarbonised in the coming decades.

The lightweight and aerodynamic design, coupled with latest energy efficiency traction technology, ensures that the HS2 fleet will be one of the world’s most energy efficient very high speed trains. The state of the art regenerative braking system improves energy efficiency even further by returning electricity back to the national grid. 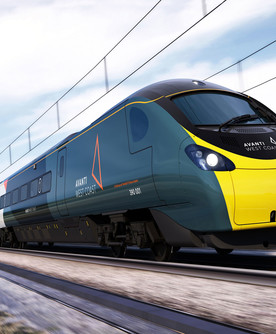 Alstom in the UK and Ireland