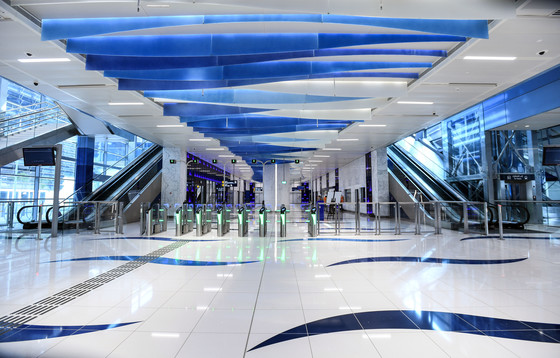 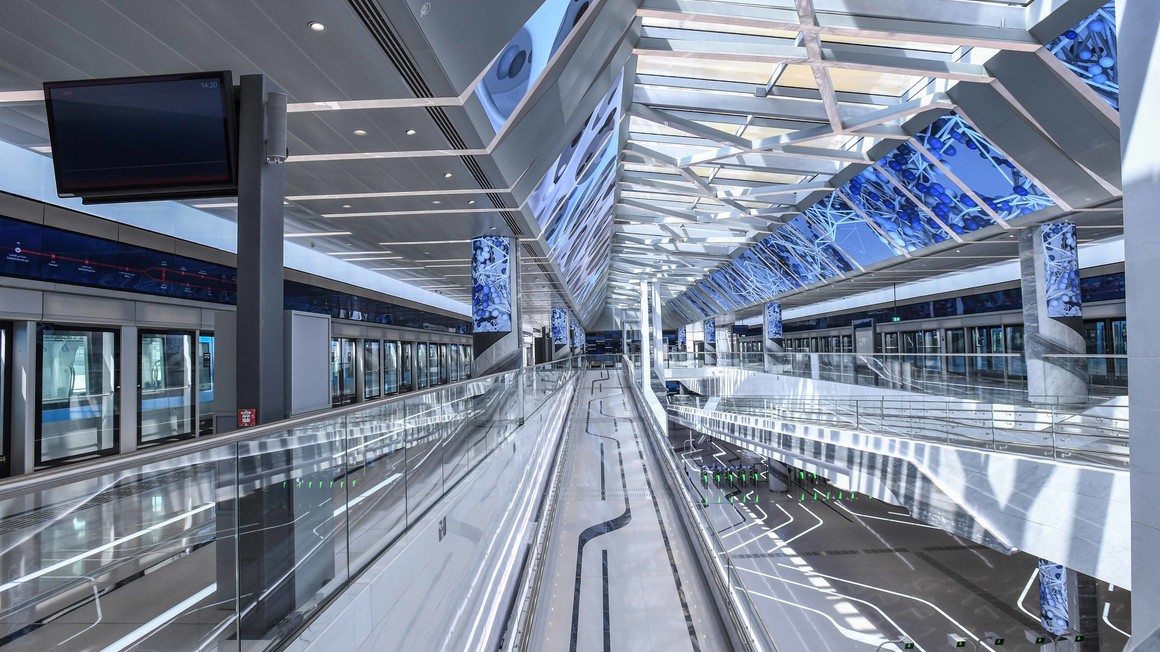 ©The Roads and Transport Authority of Dubai (RTA)
Download as PDF

16 February 2021 – Alstom congratulates Dubai’s Roads and Transport Authority (RTA) on the opening of the Dubai Route 2020 Metro and the start of the revenue service, delivering a major turnkey driverless metro project, including a fully interoperable extension and the enhancement of the existing transport system’s performance.

The new line project, commenced in July 2016 and carried out by the Alstom-led ExpoLink Consortium, also composed of ACCIONA and Gülermak, consists of a 15km-long line, of which 11.8km is above ground and 3.2km underground, and an interchange on the Red Line. The extension of the metro has seven stations including Jabal Ali Station and the flagship metro station at the World Expo exhibition site. The project is worth a total of €2.6billion.

As part of the Consortium, Alstom was responsible for the integration of the entire metro system including 50 MetropolisTM trainsets produced in Alstom’s site in Katowice (Poland), power supply, communication, signalling, automatic ticket control, track works, platform screen doors and a three-year warranty on the whole system, as well as the enhancement of the existing metro line by upgrading power supply, signalling systems, communication and track works. The trainsets are 85.5 meters long and composed of five cars per trainset and can carry up to 696 passengers each[1].

“I am delighted to see our trains enter the revenue operation. At Alstom, it is our mission to support the transition towards global sustainable transport systems that are inclusive, environmentally friendly, safe and efficient while implementing socially responsible transport solutions. The opening of the Dubai Route 2020 Metro shows Dubai and the RTA’s commitment to provide a sustainable and environmentally-responsible mobility as this project expected to ease the traffic congestions in the areas it serves by approximately 15-20% and expected to reduce carbon emissions by 120,000 tons by 2025”, says Mama Sougoufara, Alstom Middle East Managing Director.

The train offers a new level of passenger experience, thanks to wide gangways, large doors and windows, and the three specific areas for Silver, Women and Children and Gold Classes. Eco-friendly, the train is equipped with a full electrical braking system, LED lighting and other innovations to reduce energy consumption, including Alstom’s Harmonic Energy Saver Optimizer (HESOP™) which recovers the electrical energy generated by the trains during braking.

Alstom is a dedicated and long-standing partner of Dubai’s transportation and mobility development. Alstom delivered the Dubai tramway, the first fully integrated tramway system in the Middle East and the world’s first 100% catenary-free line, which was opened in November 2014. Alstom is also in charge of the maintenance of the Dubai Tram for a period of 13 years.