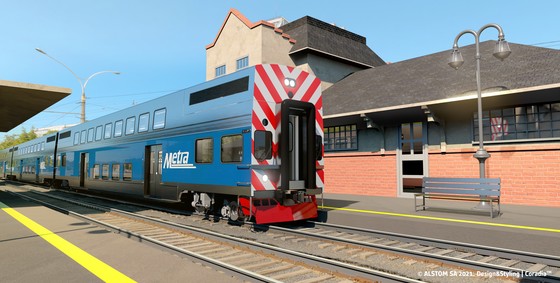 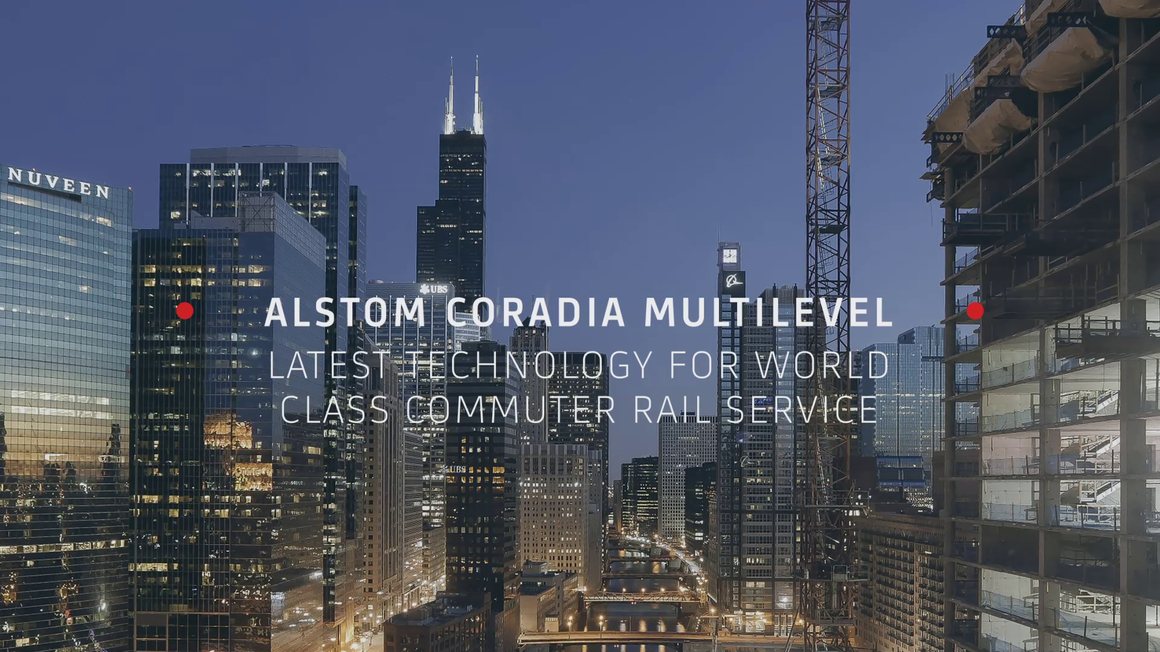 18 March 2021 – Alstom has received an initial order from Metra, the commuter rail system in the Chicago metropolitan area serving the city of Chicago and surrounding suburbs, to supply 200 push-pull commuter rail cars. This follows Metra Board of Directors’ approval in January 2021 to award Alstom a vehicle procurement contract for up to 500 rail cars. This initial order of 200 rail cars is worth approximately €650 million.

“Alstom is pleased to have been selected by Metra to provide the latest in multilevel car design,” said Jérôme Wallut, President, Alstom Americas. “Alstom continues to invest and support investment in U.S. railroad infrastructure, and these new cars will allow Metra to extract maximum value from their fleet investments by increasing fleet reliability, enhancing overall passenger experience and ensuring maximum accessibility for all passengers.”

The multilevel cars incorporate new design features to improve passenger experience, including: a streamlined, modern and welcoming interior, equipped with USB plugs and boasting large windows and a layout to improve passenger flow and traveller comfort; seating and spacing to allow for additional ridership and physical distancing; touchless doors; improved bogie design for improved ride quality; and multiple wide doors on each side of the cars to reduce passenger boarding times and improve access to passenger areas.

The new cars will also meet all Americans with Disabilities Act (ADA) and accessibility requirements, including the addition of wheelchair lifts on each side of the vehicles. Fleet reliability will be enhanced through modern, service-proven components and enhanced maintenance and diagnostic system capabilities that will allow Metra to have greater visibility on fleet operational performance and increase fleet availability. Moreover, the new eco-designed cars will be energy efficient, boasting improvements and developments such as full LED lighting and climate control regulation based on passenger load. The new rail cars will also be 90% recyclable.

The new cars will be built at Alstom’s rolling stock Centre of Excellence, and North America’s largest rolling stock manufacturing facility in Hornell, New York. The Alstom Hornell site will lead the project. Other Alstom sites will support the project including, Rochester, New York, for the automatic train control system.

Since Metra’s inception in 1984, Alstom and its predecessor companies have supported Metra in its endeavours to deliver safe, reliable, and timely passenger service to millions of riders over 11 routes totalling nearly 500 route miles and approximately 1,200 miles of track and over 240 stations throughout the greater Chicagoland area. Today, Metra relies on Alstom technologies for its signalling & train control systems, and Alstom continues to support Metra in its focus on implementing signalling and wayside data analytics solutions that will continue to deliver the highest level of safety service to customers. In addition, Alstom has been Metra’s wheel supplier since 2013, and won a contract in July 2020 to provide up to 50 overhaul kits with spare parts for Metra’s locomotive overhaul program.

Alstom is a mobility technology leader in the U.S., with a history dating back more than 160 years, steeped in experience building and repairing rail cars and locomotives, and in supplying signalling solutions for America’s great cities and agencies, such as New York City, Chicago, Los Angeles, Atlanta, Boston, Washington, D.C., San Francisco, Atlanta, New Jersey Transit, Caltrans, and Amtrak, as well as America’s freight railroads. To date, Alstom has delivered more than 7,000 new or renovated vehicles, more than 8,000 traction cases, and more than 50% of signalling for North America’s rail network.