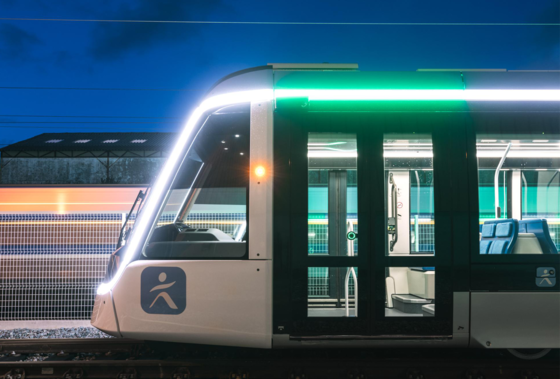 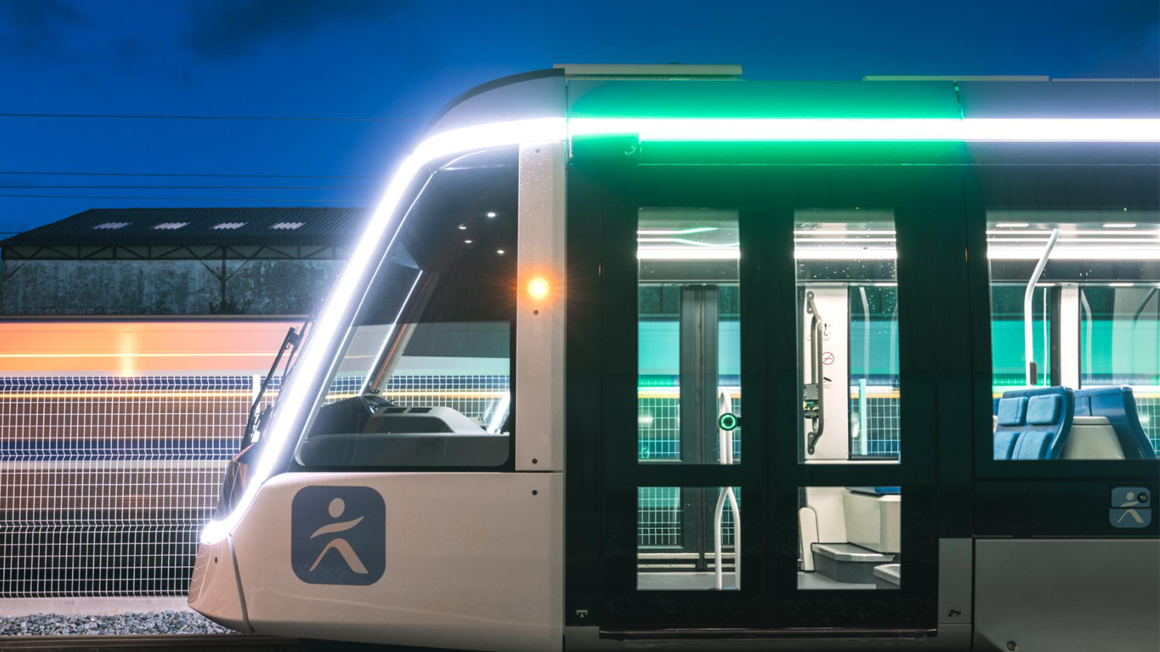 April 10, 2021 — Alstom’s “lumière”[1] tramway, from its Citadis line, went into commercial service on the number 9 Tram line, which now connects Paris to Orly-Ville in 30 minutes (compared to 60 minutes beforehand). Measuring 45 metres, the T9 line Citadis X05 can transport up to 314 passengers. Starting this year, 80,000 passengers are expected on the line, which serves the 13th arrondissement of Paris and the towns of Ivry-sur-Seine, Vitry-sur-Seine, Thiais, Choisy-le-Roi, and Orly-Ville.

In November 2016, Île-de-France Mobilités, which is financing 100% of the rolling stock, chose Alstom to provide 22 Citadis X05 tramways, which feature a particularly innovative design, thanks to its new light signature which was chosen from three variants proposed by Île-de-France Mobilités during a public consultation in February 2017. These tramways were developed and built at Alstom’s La Rochelle site, a worldwide centre of excellence for Alstom tramways. Tramway deliveries began in November 2019 and ended in December 2020, in accordance with the initial timeframe that had been agreed with prime contractor representative Transamo.

“Alstom and its teams are proud to see that Citadis tramways are now operational on the T9 line, a much-anticipated route for Val-de-Marne residents. With their particularly innovative design, we have full confidence in the capacity for these new tramways to meet the high expectations for comfort and reliability of Parisians and Île-de-France residents,” insisted Jean-Baptiste Eyméoud, Alstom France President.

The new tramway’s design, fruit of a partnership between Alstom’s Design & Styling teams and design agency Saguez & Partners[2], revolves around a light signature that runs throughout the entire tramway, both outside and inside, and provides better views of doors opening and closing. This includes a red line of light when the doors close, a green one when they open and a continuous white one when the tramway is in motion.

The tramway features 8 double-doors per side, in addition to wider, well-lit gangways to improve flow and increase the passenger exchange rate[3] by 20%. Tramways have been optimised through glass surfaces amounting to 45%, with 100% LED lighting, 8 extra-wide multimedia screens for visual display maps, USB ports, and bench seating. These innovations provide a high level of comfort along with an enriched passenger experience.

The tramway is also energy-efficient, thanks to improved energy usage from its traction and auxiliaries (100% LED lighting and air conditioning respectively provide -25% and -15% energy usage). The overall cost of preventive maintenance has dropped by 18%. Materials are 99% recoverable.

Eight out of Alstom’s eighteen French sites are contributing to manufacturing these tramways: La Rochelle for development and assembly, Ornans for motors, Le Creusot for bogies, Tarbes for modules and equipment, Valenciennes for the interior and service activities, Villeurbanne for onboard electronics, Aix-en-Provence for tachometer generators, and Saint-Ouen for design.

13 additional tramways have been ordered by Île-de-France Mobilités for the number 10 Tram line, which will connect Clamart to Anthony. They are currently in the development stage.

[1] “lumière” is a French word for light, in the sense of a source of illumination