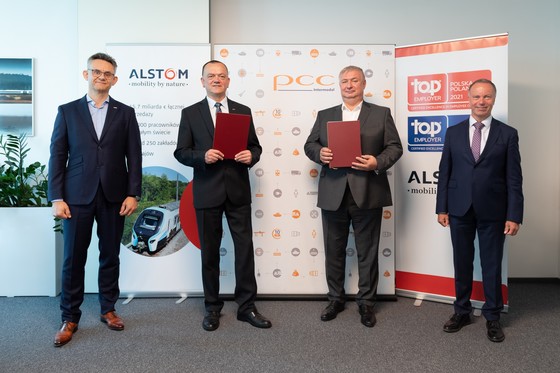 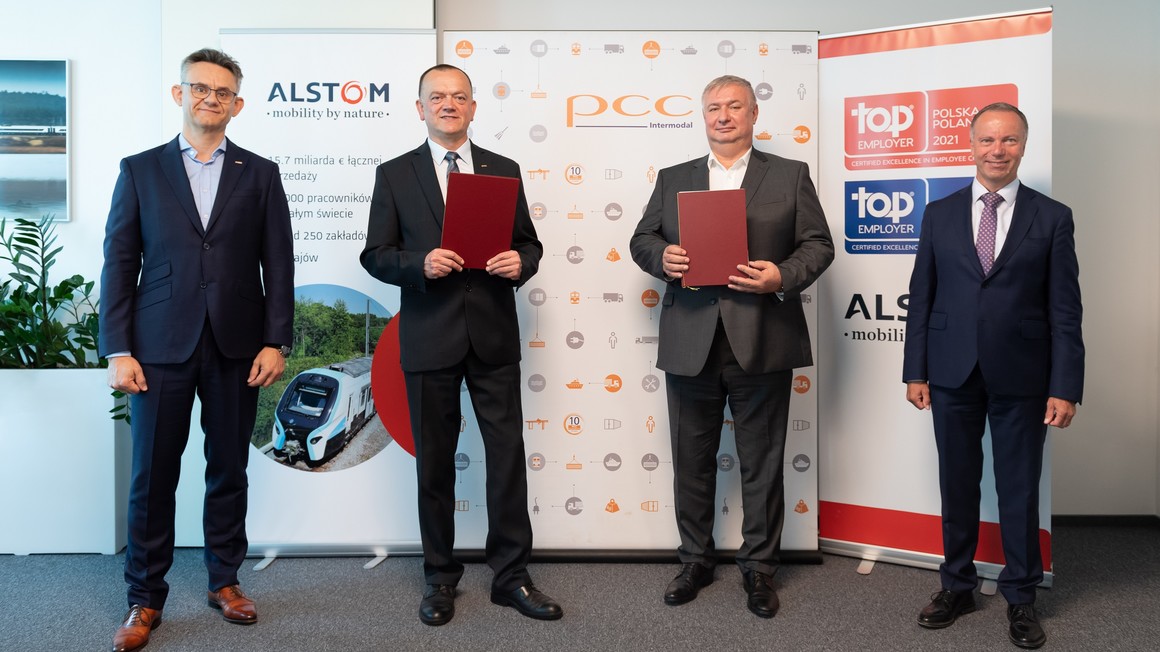 30 June 2021. – on June 29th, 2021 PCC Intermodal SA, the leading intermodal operator, and Alstom have signed a contract for the delivery of four brand new Traxx MS3 multisystem locomotives together with the provision of full maintenance service.

PCC Intermodal SA has contracted Alstom for the delivery of four electric locomotives in line with “The Operational Programme Infrastructure and Environment”, Activity 3.2 where low emission transport solutions are approved and promoted.

The locomotives are to support operation of developing transport projects, allow smooth and fast cross border containers shipments for further intermodal network growth and will be part of the intermodal solution for Baltic-Adriatic corridor.

The contract covers the production of the locomotives, the certification, the training of PCC Intermodal personel and the provision of full maintenance service. It includes in addition the option to order one additional locomotive.

The Traxx MS3 locomotives will be used in cross-border operations between Poland, Germany, Austria, the Czech Republic, and Slovakia.

All four locomotives shall be put into operations before end of 2022.

The MS version can be used under the four voltages commonly found in Europe and belongs to the Traxx, the most modern fouraxle locomotive platform in Europe. It consists of the Traxx AC3 (alternating current), the Traxx MS3 (Multi-System, for all main currents in Europe) and the Traxx DC3. The Traxx platform has been introduced 15 years ago and more than 1,750 locomotives are in operation in Europe.

„The contract with Alstom, under which PCC Intermodal orders four multimodal locomotives is the next step ahead to develop regular network of intermodal connections. For sure efficient railway modes are the key element to improve the service quality, enabling to face up the transport market demand and requirements.” – says Adam Adamek, Vice President of PCC Intermodal SA.

"We are very happy that signing contracts and deliveries of modern locomotives and new rail platforms take place during the European Year of Rail. We truly believe that intermodal transport is one of the most important factors of sustainable development. This is really great that PCC Intermodal with Alstom locomotives can be a part of this modern, trans-European transport system and that we can play active role in the European Green Deal Project” – admitted full of optimism Dariusz Stefański, CEO of PCC Intermodal SA, during the contract signing in Warsaw.

"This locomotive is characterised by its energy efficiency, its proven ability to pull higher loads than comparable locomotives, its simplified interface with the European Train Control System and improved maintainability” – underlines Sławomir Nalewajka, Managing Director Poland, Ukraine and Baltic States at Alstom.

“We are very proud and thank PCC Intermodal SA for having chosen the most modern Traxx MS3 locomotive for its intermodal transport within the European core network. We are convinced that the Traxx MS3 locomotive will strengthen PCC’s Intermodal market position and improve their economic and ecological footprint” – says Peter Ammann, Head of Customer Management Locomotives at Alstom. 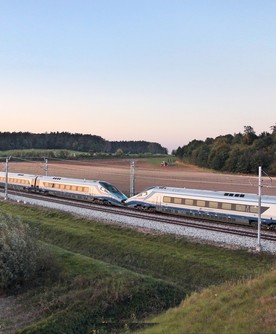