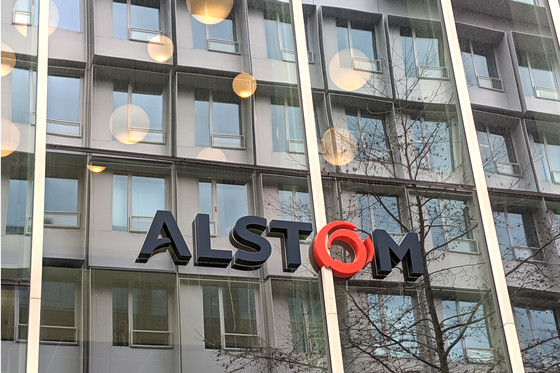 The backlog, on 31 December 2021, reached €77.8 billion and provides strong visibility on future sales.

“Alstom is making solid progress with a strong growth momentum. With our extended scope and portfolio, we continued to win in a strong market environment, driven by large scale investments into sustainable mobility. During the third quarter, Europe was the most dynamic region for Alstom commercially. Our sales have progressed as announced, thanks to production ramp-up and stabilisation of our rolling stock projects and strong performance in Services. The end of this month will mark the one-year anniversary of the Bombardier Transportation acquisition with our integration roadmap fully on track.”, said Henri Poupart-Lafarge, Alstom Chairman and Chief Executive Officer.Geographic and product breakdowns of reported orders and sales are provided in Appendix 1. All figures mentioned in this release are unaudited.

During the third quarter of 2021/22 (from 1 October to 31 December 2021), Alstom recorded €4,576 million in orders, versus €4,366 million in Q3 2020/21 proforma, with notably strong order intakes in Rolling Stock and Services. Orders for Services reached a record level of €1,769 million. Over nine months, orders for Services, Signalling and Systems reached 49% of the total order intake.

On a regional level, Europe continues to fuel the growth. Notable orders include the large High Speed Two (HS2) contract in the UK for about £1.97 billion for our 50/50 joint-venture with Hitachi for 54 very high-speed trains and 12 years of maintenance.  In Romania, the Group recorded the renewal of the full maintenance services for the Bucharest metro fleet over 15 years for a total value of €500 million. In Ireland, Alstom booked a firm order for regional and commuter trains for €270 million as part of a new ten-year frame agreement; in France the Group won an order of 37 new trams for the T1-Line in the Ile-de-France region worth around €130 million as well as an order for our Omneo double-deck trains for €250 million. In Belgium, the Group was awarded a contract for further 98 double-deck M7 train cars for €268 million and in Germany it will supply 17 Coradia Stream trains for the Main-Weser network[2].

In the Americas region, Alstom signed an overhaul contract in Canada for 94 bi-level commuter railcars for €118m.

During the quarter, Alstom launched a range of initiatives to accelerate its transformation towards a more competitive and agile group.

In Morroco, Alstom is investing €10.5 million to build a new production line for on-board transformers in its Fez site.  It will be operational in 2023. In Brazil, the Group is investing €14 million in the modernisation of its Taubaté rolling stock factory. Alstom inaugurated a new component manufacturing facility in Coimbatore, India, its largest components manufacturing facility in Asia.  The investment in Coimbatore totalled €25 million.

In Europe, Alstom communicated to employee representatives its plan to transform the German organisation with a stronger focus on signalling and services while it will adjust its capacity in some of the German production sites.

As part of its commitments to the European Commission in relation to the acquisition of Bombardier Transportation, the Group announced in November 2021 the sale of the Coradia Polyvalent platform, the Reichshoffen site and the Talent 3 platform to CAF and the transfer of Bombardier Transportation’s contribution to the V300 ZEFIRO very high-speed train to Hitachi Rail. Closing of the CAF transaction is expected in H1 2022/23, while the Hitachi transaction could be closed in the first semester of 2022 calendar year.

Alstom successfully refinanced its two Revolving Credit Facilities (RCF) in January 2022. The 5-year main RCF was increased from €1.5 billion to €2.5 billion with a maturity extended to January 2027 and will be a backstop to the Group’s €2.5 billion NEU CP program. The €1.75 billion RCF maturity was extended to January 2025. Both facilities have two one-year extension options at lenders’ discretion and are currently undrawn. This further reinforcement of the Group’s liquidity demonstrates Alstom’s commitment to a conservative financial policy and the strong support it benefits from its banking pool.

In November, Alstom delivered in France the 300th trainset of its Omneo 2N platform. This delivery is part of a framework contract signed with SNCF in 2010 and proves the success of this platform in the French regions. Since its commissioning in 2014, this platform has met the various requirements of the public transport authorities thanks to its modularity.

Alstom, in partnership with Cylus, integrated in its CBTC[3], an advanced rail threat detection and monitoring solution, in Tel Aviv. CylusOne is a rail-specific, multi-layered, threat detection and monitoring solution powered by advanced Artificial Intelligence and Machine Learning technology. Alstom also reinforced its share in this innovative company’s equity by participating in Cylus’ Series B capital increase.

In the third quarter 2021/22, Alstom further strengthened its technological leadership in zero-emission solutions. The Group continued to build an eco-system for its hydrogen rail offering: a collaboration agreement with Liebherr – Aerospace & Transportation SAS to optimise hydrogen systems; a partnership with Hynamics, the hydrogen subsidiary of the EDF Group, to optimise the hydrogen refuelling of passenger trains; and an agreement with Hungary’s leading oil and gas company MOL to explore use of hydrogen technologies for rail transport in Hungary. The Group also invested a further €6 million in a fuel cell production unit in its recently acquired Helion Hydrogen Power subsidiary in France.

Thanks to the Group’s continuous R&D efforts to decarbonise mobility, Alstom is the preferred partner for operators wishing to decrease their CO2 emissions. In November, Alstom and Eversholt Rail signed an agreement for ten hydrogen trains for the UK’s first-ever hydrogen train fleet. The new HMU fleet will be based on the latest evolution of the Alstom Aventra platform and the intention is that final contracts for the fleet will be signed in 2022.

In December, Alstom announced that it would deliver 13 X’trapolis battery trains to Irish Rail as part of the large order from the new ten-year frame agreement in Dublin, Ireland, replacing diesel powered trains. The trains are expected to be operational in 2025.

For the eleventh consecutive year, Alstom has been included in the Dow Jones Sustainability Indices (DJSI), World and Europe, attesting to its leadership position in sustainable business practices. The Company reached an overall score of 75 out of 100 in the Corporate Sustainability Assessment and remained in the top 5% of the best scored companies in its industry. Significant improvement has been recorded this year in areas such as Product Stewardship, Materiality, Human Capital Development and Talent Attraction & Retention.

In addition, Alstom has maintained its presence in the well-known A-List of the CDP[4] which recognizes its commitment and achievements contributing to the development of the low-carbon economy.

As the basis for its 2021/22 outlook, the Group assumes neither further disruptions to the world economy, nor significant supply-chain shortages, that would materially impact the Group’s ability to deliver products and services.

[6] The pay-out ratio is calculated by dividing the amount of the overall dividend with the “Adjusted net profit from continuing operations attributable to equity holders of the parent, group share” as presented in the management report in the consolidated financial statements.

Any reference in this document to variations «Pro forma like-for-like», on orders and sales, correspond to a combined, non-audited, group vision including Alstom legacy fiscal year 2020/21 for the 9 months and legacy Bombardier Transportation contribution for 9 months of their fiscal year 2020 (April to December 2020) and January 21 and is in line with Alstom accounting methods. The variations calculated using these combined figures exclude any scope and Forex adjustments.

Adjusted EBIT (“aEBIT”) is the Key Performance Indicator to present the level of recurring operational performance. This indicator is also aligned with market practice and comparable to direct competitors.

Starting September 2019, Alstom has opted for the inclusion of the share in net income of the equity-accounted investments into the aEBIT when these are considered to be part of the operating activities of the Group (because there are significant operational flows and/or common project execution with these entities). This mainly includes Chinese joint-ventures, namely CASCO joint-venture for Alstom as well as, following the integration of Bombardier Transportation, Bombardier Sifang (Qingdao) Transportation Ltd and Bombardier NUG Propulsion System Co. Ltd.

The most directly comparable financial measure to Free Cash Flow calculated and presented in accordance with IFRS is net cash provided by operating activities.

The net cash/(debt) is defined as cash and cash equivalents, marketable securities and other current financial asset, less borrowings.

The pay-out ratio is calculated by dividing the amount of the overall dividend with the “Adjusted Net profit from continuing operations attributable to equity holders of the parent, group share” as presented in the management report in the consolidated financial statements.