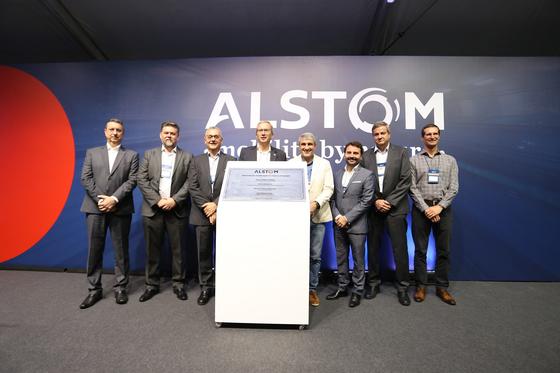 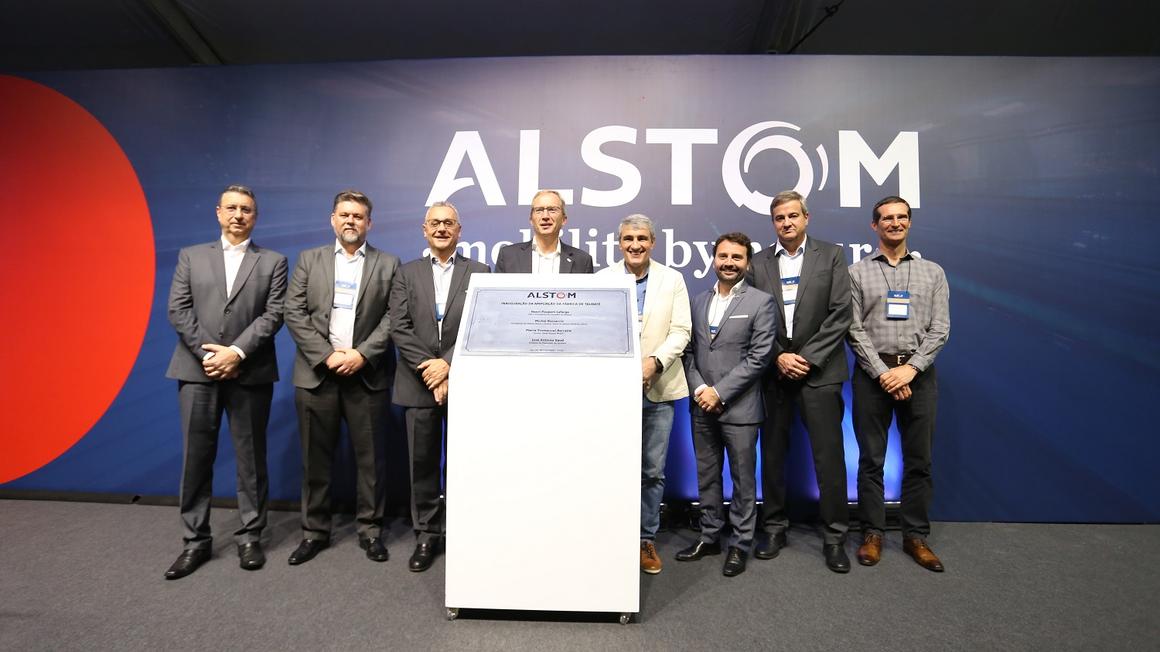 1/4 Inauguration event for the expansion of our train manufacturing facility in Taubaté.
Download as PDF

7 November 2022 – Alstom, global leader in smart and sustainable mobility, has celebrated the opening of the expansion of its rolling stock plant in Taubaté, in the State of São Paulo, in the presence of its CEO and Chairman of the Board, Henri Poupart-Lafarge. The event took place today at the site, with the participation of customers, partners, employees and municipal and state authorities, and celebrated the beginning of a new stage in the company's history in Brazil.

Alstom invested €14 million to expand and modernise the industrial site, tripling the plant’s manufacturing footprint to 60,000 m2, housing production, testing and training areas, as well as new office space. The investment is part of the company's growth strategy, after the signing of six national and international contracts. Production on two projects has already started, with work at the factory continuing through to 2028. More than 170 trains (940+ cars) will be produced by Alstom in Taubaté for the cities of São Paulo (Brazil), Santiago (Chile), Taipei (Taiwan) and Bucharest (Romania), highlighting the facility's ability to contribute to mobility projects on a global level. 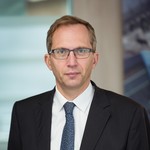 “We have been looking for strategic opportunities to continue to grow to support societies as they transition to lower and zero-emission transportation for passengers and freight. The expansion of this factory in Brazil is extremely important to reinforcing our position as a global benchmark for innovative and sustainable mobility, quality and customer satisfaction in the railway industry.”

Henri Poupart-Lafarge
Alstom CEO and Chairman of the Board

In addition to investing in the plant to execute current projects, the company will gradually hire around 750 professionals in the State of São Paulo between now and March 2023, 700 of whom will work at the Taubaté site. For this, around 500 professionals are being trained by the National Service for Industrial Learning – SENAI Taubaté – to be able to work directly in the production of projects.

Henri Poupart-Lafarge highlighted the importance of expanding the plant to increase the company's competitiveness in the markets where it is present, whether in Brazil or abroad: “The mobility industry is essential for the world market and for society in general. We have been looking for strategic opportunities to continue to grow to support societies as they transition to lower and zero-emission transportation for passengers and freight. The expansion of this factory in Brazil is extremely important to reinforcing our position as a global benchmark for innovative and sustainable mobility, quality and customer satisfaction in the railway industry.”

Michel Boccaccio, Alstom's Managing Director for Latin America and President of Alstom in Brazil, added: “Throughout our 67 years and counting in Brazil, Alstom has been actively involved in the development of the rail mobility sector. With great pride and determination, we kept our focus on the future, always believing in the potential not only of Brazil but also of the region of Taubaté, where we have our factory. Celebrating the expansion of this unit is also assurance to the market and our customers of Alstom’s commitment to continue developing and delivering quality products that will increasingly contribute to intelligent and sustainable mobility in Brazil and the world.”

Alstom Taubaté
Opened in 2015, Alstom's site in Taubaté is a centre of excellence for the production of stainless steel cars. The site was responsible for production of 32 Citadis trams for Rio de Janeiro, which were manufactured in record time for the Summer Olympics in Brazil, demonstrating Alstom’s agility, commitment, and customer-focus. The project was the second in the world to have a 100% catenary-free system. Taubaté also produced the NS16 cars for the Santiago Metro in Chile. Following the recent investments, the site now has the necessary infrastructure and capacity to be the reference in the Latin American market.

Alstom Brazil
Alstom has actively participated in the development of Brazil's infrastructure, contributing to social progress while respecting the environment, since 1955. Alstom is a rail mobility leader in the Brazilian market and a protagonist of key moments in the history of the country’s railway sector, including the construction of the country's first passenger train manufacturing facility and the signature in 2002 of largest export agreement in the Brazilian railway sector for the supply of cars for the metros of Santiago and New York. In 2014, Alstom Brazil participated in the suburban rail project in the history of South Africa. Recently, Alstom's contribution to the rail transport sector is proven by products and services delivered to the main passenger operators in the country, such as the São Paulo (SP), Rio de Janeiro (RJ), Porto Alegre (RS), Fortaleza (CE), Recife (PE) and Brasília (DF) metros, in addition to the Rio de Janeiro tramway.