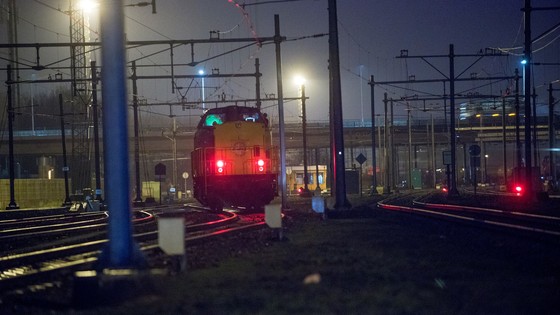 Digital Twins and driverless shunting: the future is now

Digital Twins and driverless shunting: the future is now 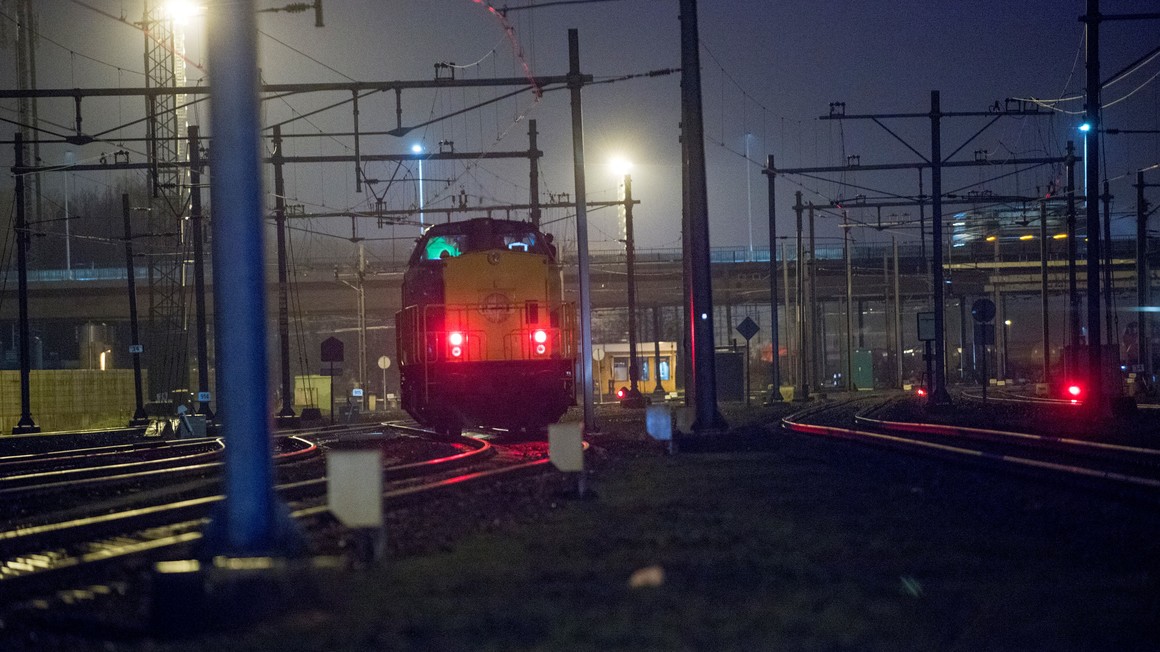 The BR 203 locomotive at dawn on the Betuweroute route

Autonomous driving, known by experts as ATO (“automatic train operation”), enables the rail sector to save energy by regulating traction and braking efforts, and therefore increasing network capacity by reducing the timetable margin. This leads to more reliable operation and increased traffic. While ATO is already in use in the metro sector, as well as in urban mainlines such as in Paris, this technology has been little used for freight transport and passenger transport on non-urban mainlines.

The environment of railway lines requires a different approach and different standards than metro lines. The operational monitoring and control of all traffic is more complex. Main lines have complicated train schedules with different railway operators. If one train is delayed, this affects all other connections. Most main lines have combined passenger and freight traffic as well as a large variety of rolling stock, which makes monitoring challenging.

Railway operators, infrastructure owners and the industry are currently in the exploration phase to test different use-cases. Together with operators, Alstom is exploring which innovations are suitable for which modes of operation in order to develop a roadmap for railway automation.

As the name suggests, autonomous driving, or ATO, is a digital system which enables the automatic operation of a train and supports the train driver by taking over some of his tasks. The higher the grade of automation (“GoA”), the more tasks are taken over – GoA4 being the ultimate level of automation where a computer fully drives the train according to predetermined algorithms and pre-recorded mission profiles.

ETCS on the Betuweroute, Netherlands

At the end of 2018, Alstom carried out the test of ATO functions with a class 203 locomotive of Rotterdam Rail Feeding (RRF) on the Betuweroute. The aim was to gain insights from the test for ATO operation under automation level GoA2 on a freight line: The vehicle takes over certain tasks from the driver with him still present continuing to supervise the line.

Over several days, the BR203 covered around 2000km, running in normal operation on the Betuweroute and in the port area of Rotterdam with ATO GoA 2. Equipped onboard already was the European Train Control System (ETCS) which is the standardised train control system and designed to replace the many incompatible safety systems currently used by European railways. Both ETCS Level 1 and Level 2[1]operations were covered by the tests with a nominal run being around 100km in GoA2 operation. The line was in revenue service during these tests which were conducted during normal daily operation. To ensure that the locomotive remained operational in regular operation between these test runs, the ATO equipment was isolated from the traction/brake control and activated for the next test. This was done for the locomotive to be allowed to run in commercial operations in cross border traffic outside of the testing times so that RRF had its roster only impacted to a minimum.[1] ETCS Level 1 relies on signal recognition. ETCS Level 2 has no signals on the line, it only relies on balises in the track and radio communication.

The onboard equipment for ATO consists of three main components: 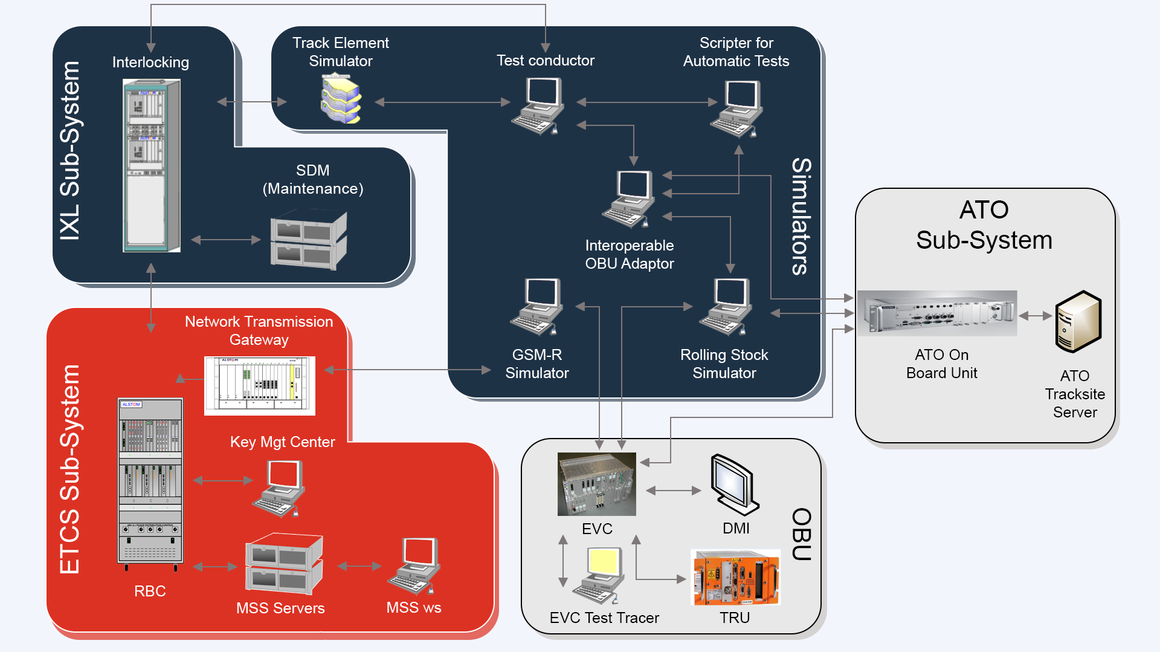 The OBU handles the Journey Profiles and Segment Profiles received from the trackside server. Journey Profiles and Segment Profiles contain all information on the journey necessary for automatic operation: distances, speeds, station locations, gradients and timetable information. Based on this information the OBU calculates the ideal driving profile for the operator's needs. The Gateway has been integrated on this same computer and serves as an interface between the OBU and with the ETCS On-Board Unit, thus obtaining information about the ETCS braking curves to ensure that the ATO is controlling the train to remain below the authorised maximum speed. The RIU is the interface unit to the control the traction and braking equipment in the vehicle (drive/brake switch, direction switch, etc.) and enables switching on and off from ATO or conventional operation mode. The driver can still override the ATO at any time.

In addition to the ATO components, cameras have also been installed on board the locomotive. This served as a test for obstacle detection and to detect objects such as tracks, signals and the ETCS marker boards.

The equipment was installed on several positions in the locomotive: the RIU was installed in the driver's cab, the OBU and GTW were installed under the hood. For the ATO On Board Unit, industrial computer units were used which were conventionally available on the market.

In order to carry out the installation, two surveys on the BR203 were performed in advance at the operator's depot in Dordrecht. In order to modify the existing equipment of the locomotive as little as possible, the RIU was interfaced to existing connectors, and could thus be switched on or off without further consequences for the on-board equipment. Certain actions of the driver are bypassed and taken over by the ATO module, especially the braking and acceleration functions. 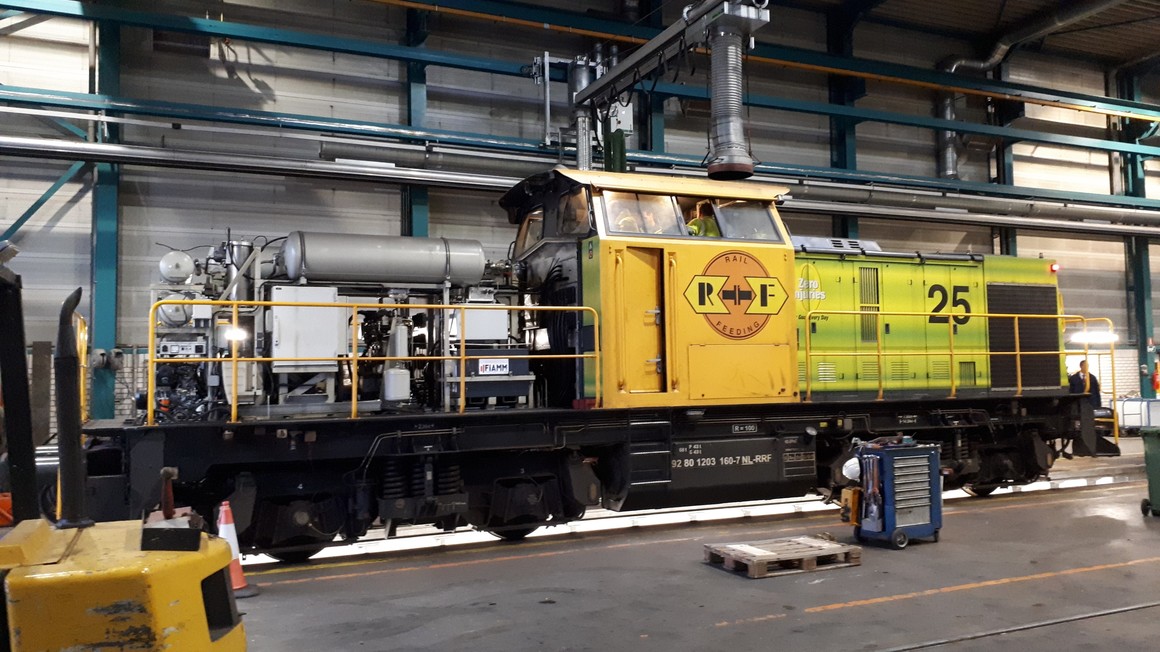 For the development of the ATO product, Alstom set up a so-called Digital Twin. A digital twin is a digital replica of a physical entity. It enables carrying out and replaying test runs prior to and during the actual field tests. In this way the Alstom engineers were able to reduce precious testing time by replaying issues encountered in the field and pretesting new software versions before installing them on the train.

The final test runs took place in December 2018, during which the locomotive reached a speed of 100 km/h. It went through various scenarios: driving a train with margin in the timetable (optimizing energy), driving a train without margin in the table time (running at max speed to comply to timetable), train following a delayed train, changing routes. This was repeated during several days in order to compare the test results and thus, ensure regularity of train driving. During the test runs the ATO algorithms were further optimized with each software release and was adapted to the circumstances. The aim was to ensure that the locomotive reaches a predefined timed stopping point (in this case an ETCS stop sign) or a timed passing point as accurately as possible. The defined stopping- and passing points were finally reached on time as intended.

For the further pursuit of ATO in freight traffic, the objective of the freight operators must be kept in mind. ATO can very efficiently (and therefore "steeply") negotiate a braking curve, entailing wear and tear. It can maximize the energy sent back to the grid. Doing this a very gentle braking curve will result, which significantly reduces the overall energy consumption. But does this maximize infrastructure utilization? For freight traffic, the profiles that fit the local context must be defined depending on the operating conditions. A line operated purely with freight traffic may be suitable for saving energy, because all the trains run with similar characteristics. In comparison, on networks with mixed traffic ATO needs to be configured to run the trains perfectly on schedule, especially in an area of heavily loaded nodes, in order to avoid route conflicts. 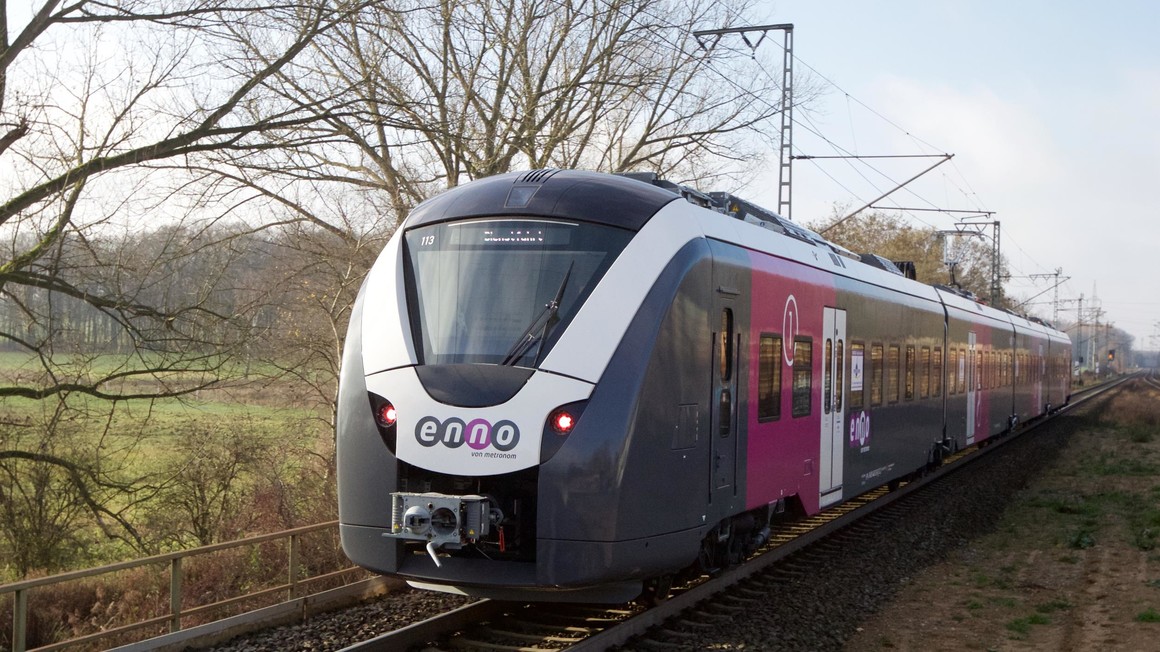 The future is here today

After the successful test on main line dedicated to freight transport, it became clear that ATO in its tested form and modalities is mature and can be rolled out. It can be installed on new and refurbished vehicles with targets and priorities for the optimization chosen and composed individually by the operator. Freight transport is particularly affected by driver shortage. We have learned that both passenger and freight operators will benefit from ATO as it brings energy savings and timetable stability.

In Germany, too, a further step towards digital railway operations is now being implemented. The German Federal Ministry of Economics has awarded Alstom the "Innovationspreis Reallabore" (Innovation Prize for Reallaboratories) in connection with a planned test project for the implementation of the system developed by ATO in the daily passenger operation of regional trains. The research project will be launched in 2021 in collaboration with the Greater Braunschweig Regional Association, the German Aerospace Center (DLR) and the Technical University of Berlin (TU Berlin).

After evaluation of the selected line sections and the equipment required for automated operation, tests will be carried out with Metronom Eisenbahngesellschaft on two electric Coradia Continental regional trains type "ENNO" of Regionalbahnfahrzeuge Großraum Braunschweig GmbH. The aim is to optimize regional railway operations, reduce energy consumption and increase ride comfort. Highly automated driving will thus make a decisive contribution to climate protection. The aim is to drive automatically and to test different degrees of automation: GoA 3 in regular passenger operation and GoA 4 when shunting. 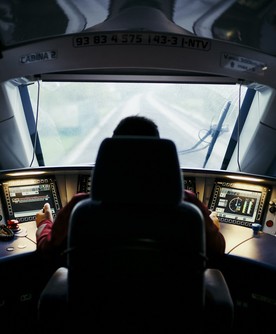